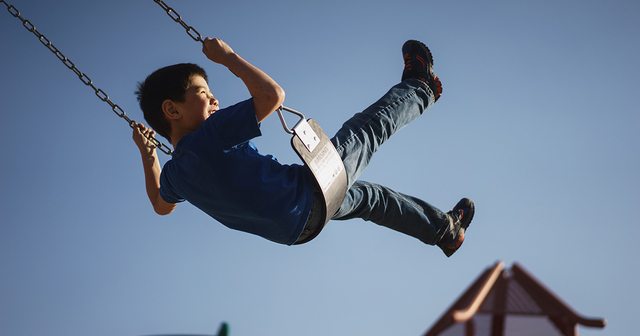 The state of Utah became the first in the nation to pass a “free-range kids” law. Looking to push back against norms and policies that are overprotective of children to the extreme, the state passed a law that explicitly permits parents to let their kids play at the park, walk to school and participate in other unsupervised activities.

The New York Times and the Reason Foundation cite cases where parents have been prosecuted for letting their children do things that would have been commonplace just a generation ago. For instance, Danielle Meitiv of Maryland and her husband were charged with child neglect for letting their six-year-old and 10-year-old walk home from a nearby park by themselves. Adrian Crook, a parent who allowed his four children, all between the ages of seven and 11, to ride a city bus by themselves, got in trouble with Canada’s version of child protective services. A California father was convicted of child endangerment because he made his eight-year-old son walk a mile home as a punishment for not doing his homework.

According to the Times, “The bill specifies what constitutes child neglect in the state, and what does not. Under the law, neglect does not include ‘permitting a child, whose basic needs are met and who is of sufficient age and maturity to avoid harm or unreasonable risk of harm, to engage in independent activities’ such as going to and from school by walking, running or bicycling, going to nearby stores or recreational facilities and playing outside.”

Legislators in other states have introduced similar bills, but that hasn’t happened here in Michigan. The Great Lake State seems to have a fairly sensible law about leaving children unattended in a vehicles — it’s illegal if they are under six and the risk of harm is “unreasonable,” taking into account the length of time and weather conditions. And the state only recommends children not be left home alone prior to age 11, with no legal overkill.

But in many other areas, state statutes are silent. A free-range law would codify reasonable limits on what parents could allow their children to do, while preventing local government or state agencies from being overly restrictive on parents.

There has been some pushback on this idea. John Lindstrom, the publisher of Gongwer, makes the point that there have been very few incidents in Michigan of this type of overreach. That’s true. But he also says that “there are good reasons why parents are hyper-protective of their children” — citing “news reports of child abductions, school shootings, random crazies wandering the world, terrorism, dread diseases. …” He adds, “More crime naturally leads parents to worry more about their kids.”

Many parents will always be drawn to overprotect their kids (I can attest as the parent of three young ones). But the free-range movement is a response to a legitimate concern that societal norms have gone too far in that overprotective direction, sometimes led by overzealous government authorities. In nearly every way, kids today are measurably safer than ever. Overall crime has been decreasing for decades and the murder rate is half its 1980 level and back to what it was in the 1950s. Bicycling injuries and deaths are way down, forcible rape has dropped by 20 percent over the last three decades. In most ways, children’s direct exposure to violence and crime is on the decline.

This reality matters because over-protection can harm kids. It’s not surprising to see childhood obesity rates triple since the 1970s — the portion of children who live within a mile of their school and walk to that school dropped from 89 percent to 35 percent. A national survey finds that children today are half as likely as their parents to play outside. The obesity problem is more complicated than that, obviously, but it’s certainly harder to instill children with the habit of regular physical activity when they need to be under direct adult supervision at all times.

Eventually, children must gain independence and learn how to make their own decisions on the path to becoming successful adults. There will never be a single right way to do that; all kids are different. But society must choose how much discretion to grant parents as they guide their children toward adulthood. Historically, parents have had a lot more discretion than they do today, and the movement to protect these parental rights — and push back when government busybodies go too far — should be encouraged.