Graphic 7 below illustrates the city-level differences in per-pupil spending and standardized differences in CAP scores. Charter schools in almost all Michigan cities receive less funding per student on average, but about half of the cities have public charter schools outperforming TPS based on CAP scores. The overall average CAP scores for TPS — 99.80 — and charters — 99.60 — are virtually identical, which may lead some to believe that charters add no value. However, this comparison does not take into account relative spending efforts.

The graphic below illustrates this. Charter schools located in cities in the top left quadrant of the graph outperform TPS on student academic achievement while receiving less funding per child. Charter schools located in cities in the bottom left quadrant perform worse than TPS in the same cities; however, they also receive less public funding per student. We consider these funding differences by calculating an ROI for public charters and TPS in each city, as described above. 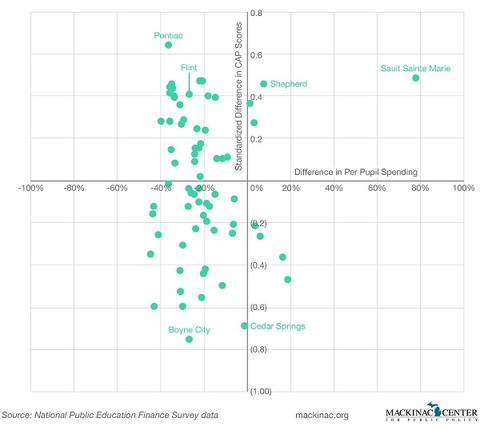 Note: All differences are statistically significant at the p < 0.001 level. 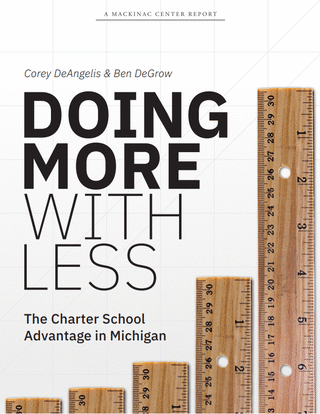