Florida fight shows how ridiculous many regulations are 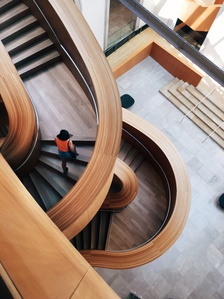 Florida is one of just a handful of states that require a state license to become an interior designer. The law requires six years of education and hundreds of dollars being paid to the state.

But the law provides no public benefit and lawmakers are trying to repeal it. However, the people who benefit from teaching those mandated classes and the practitioners who benefit from locking out their competition are not happy. In fact, 90 people showed up to argue the state should keep the regulations.

Amazingly, supporters of this anticompetitive regulation argue that eliminating the license will lead to more fires and even deaths. Yes, seriously. The Tampa Bay Times reports:

"Buildings do not burn. Interiors do," Gail Griffin, a professor at Miami Dade College's School of Architecture and Interior Design, told the House Appropriations Committee on Wednesday.

She scolded the panel for their ignorance.

"Do you know the color schemes that affect your salivation, your autonomic nervous system?" she said. "You don't even have correct seating. And somebody chose that for you."

Others highlighted the potential for bad design to result in materials being used for weapons in prisons, flooring that causes falls and fabrics that lead to death.

"Part of my job is to ensure the finishes that I select cannot be made into weapons," Terra Sherlock, a licensed interior designer from Tallahassee, told lawmakers. "We do that in jails, and we do that in schools."

A couple of weeks ago, Tampa interior designer Michelle Earley told the House Business and Consumer Affairs Subcommittee that her expertise means she knows to avoid fabrics that contribute to the spread of hospital-acquired infections.

"By not allowing interior designers to be specialists and focus on the things they do, what you're basically doing is contributing to 88,000 deaths every year," she said.

Like many arguments against repealing licensing laws for occupations that do not have a clear connection to public health, these arguments, on their face, seem absurd. If consumers want to hire an interior designer who has endured six years of training and paid some agency to certify his or her skills, they are free to do so. But if they don’t want to, they shouldn’t have to. There’s no empirical evidence that there are more interior design-related fires or deaths in states that choose not to artificially protect this occupation from competition (which is most states).