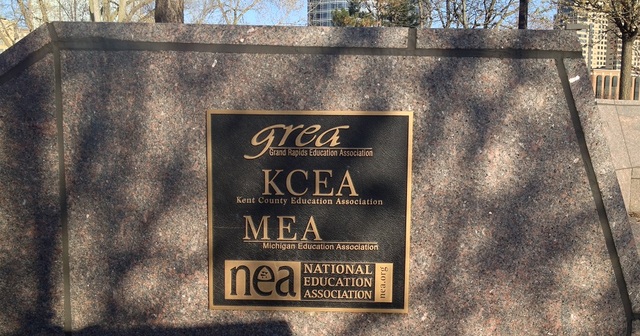 A free ride for union officials would be ended if the Michigan House passes two bills that are up for consideration this week. Under the bills, union heads could no longer rely on taxpayers to pay for their private release time or pensions.

House Bill 279 would “prohibit public school districts from adopting arrangements in which a school employee goes to work full time for a teachers union but remains a school employee for purposes of collecting a government pension.”

At least the past three presidents of the Michigan Education Association, and a dozen or so other union officials, have been using school districts to spike their taxpayer-guaranteed pension. In these arrangements, the school employee leaves a government job to work for a private union. But the district continues to pay that person and then gets reimbursed by the union. This means the union official, who works for a private organization and not the public, receives a taxpayer-provided pension that is higher than it would have otherwise been.

In the case of current MEA President Steve Cook, he was a paraprofessional for the Lansing school district making an hourly wage that would have given him an estimated pension for less than $8,000 per year. Instead, the union and district made an agreement that laundered his salary through a public entity to get him a pension estimated at over $100,000 annually for life. Past union presidents Luigi Battaglieri and Iris Salters had similar arrangements with other districts. The bill would end this scam.

Senate Bill 280 would “prohibit the state and local governments including public schools from carrying union officials on their payroll for doing union work, on either a full time or part time basis.”

Many school districts in Michigan, at least 70 currently, have provisions in their contracts by which they pay the salary and benefits of employees who are “released” to a union. In other words, districts have “ghost” teachers, bus drivers, secretaries, and more on their payroll — former workers who instead do work for the union. This practice directly costs taxpayers $3 million per year in salary and much more in pensions, health benefits, and more.

When taxpayers fund release time for government employees, they are paying them to work for a private entity rather than the public. This scheme costs taxpayers twice — once to pay for the union official’s salary and again to pay for a replacement in the classroom.

Both of these issues were broken by Michigan Capitol Confidential. The bills were submitted by Sen. Marty Knollenberg, R-Troy, and have passed the full Senate. The House is taking them up this week. It should make these unfair deals a thing of history.