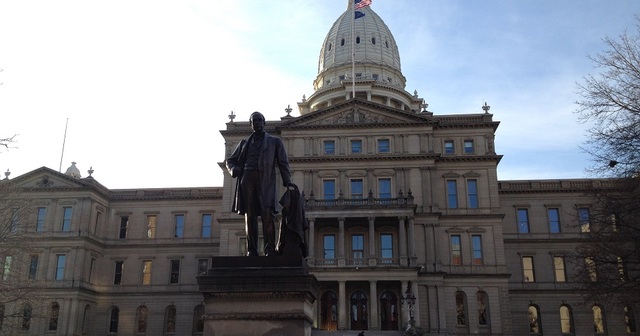 Key Criminal Justice Bills Working Their Way Through the Legislature

In 2003, Michigan made national headlines by passing several dramatic criminal justice reforms, including repealing mandatory minimum sentences for drug offenses. Thirteen years later, three significant measures are before the current Legislature, and they have re-ignited the debate about corrections practices.

The Michigan House passed bills relating to juvenile sentencing, the parole of prisoners and the power of judges. The bills have been pending before Senate committees for months.

The juvenile justice package (House Bill 4947 et seq) would raise the age of criminal responsibility to 18, meaning that 17-year-olds, the current minimum age for trying someone as an adult, would no longer be automatically tried, sentenced and housed as adults. Although prosecutors would still be able to charge them as adults in cases of serious crimes, such as rape or armed robbery, most 17-year-olds would have their cases adjudicated in the juvenile system.

Juveniles are tried in the family court division of circuit court, so passing the bills would mean transferring those cases from district court to circuit courts. Last year, district courts handled the cases of more than 17,500 17-year-olds. The House Fiscal Agency estimates the average circuit court caseload would increase by about 26 percent, although it projects that more than a dozen counties will see increases in excess of 40 percent.

The bills would also mean that 17-year-old offenders become wards of the state rather than inmates, and the costs of their housing and treatment would be borne by the Department of Health and Human Services, rather than the Department of Corrections. While this would represent a savings to Michigan’s massive corrections budget, costs at the county level would increase because 17-year-old offenders would become eligible for services and treatments reserved for juveniles.

Michigan is one of seven states where the criminal age of majority is younger than 18.

House Bill 4138 would authorize a measure known as “presumptive parole,” or “safe and smart parole.” The bill would require that parole be granted to prisoners who have served their minimum time and have no worse than an average re-offending risk profile. In other words, the parole board would have to show a “substantial and compelling” reason to deny parole to prisoners who have served their minimum sentence. The measure passed the House in October 2015 with backing from some civil liberty groups and over the objections of some prosecutors.

The House Fiscal Agency and Senate Fiscal Agency project that the measure would result in a cost savings to the state. The bill would not apply to inmates presently serving time, but the Department of Corrections estimates that it would eventually reduce the prison population by 3,600 and save the state $82 million.

The current average annual cost of imprisoning an offender is $35,000. The cost of supervising a parolee is $5,260, not including the costs of re-entry services. The bill does not impact minimum sentence lengths imposed by judges.

Under current law, a parole-eligible prisoner serving a long sentence who files for review by the parole board may have his request vetoed by the judge who sentenced him or the successor of this sentencing judge. A veto means that the prisoner’s parole will be denied for another five years. House Bill 5273 would change the process so that only the original sentencing judge may veto a parole review (although successor judges would still be allowed to weigh in on the case).

The measure would offer limited cost savings to local governments and an indeterminate one to the state. If the bill results in more inmates being paroled, the savings to the Department of Corrections would be about $3,764 per offender per year.