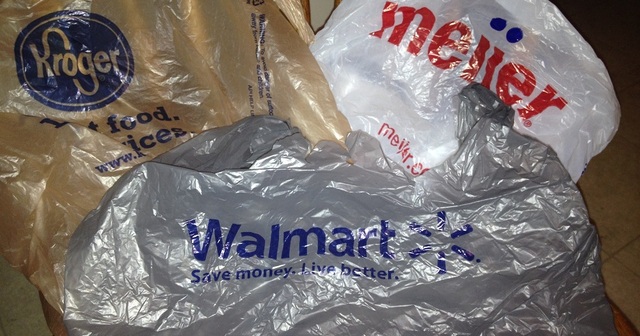 A new bill in the Michigan Legislature would prevent local governments from banning or overregulating the use of plastic bags commonly used by consumers. Senate Bill 853, sponsored by Sen. Jim Stamas, R-Midland, would “pre-empt local governments from imposing regulations and restrictions on plastic grocery bags or other ‘auxiliary containers,’ defined as a disposable or reusable bag, cup, bottle, or other packaging.” The bill passed the full Senate recently and heads to the House.

Two Michigan counties, Washtenaw and Muskegon, are considering regulations on plastic bags, such as extra fees or a ban. A main argument is that they would help prevent littering. But the state already has laws against littering; if that’s the problem, then that’s what should be focused on.

And the research on the harm of plastic bags is mixed. As Michigan Capitol Confidential noted:

A study commissioned by the city of Austin, Texas two years after they banned plastic bags found a reduction in the use of plastic bags but also that people were throwing away reusable bags at a much higher rate than anticipated, mitigating the positive environmental effects. Other research has found that reusable bags often contain coliform bacteria and even a spike in visits to the hospital for E. coli potentially linked to bag bans.

Whether or not to use plastic bags should be decided by consumers. If individuals want, they can bring cloth or paper bags to the stores with them. And if there is enough popular demand, grocery stores are free to stop using plastic bags or charge extra for them.

My family chooses to use cloth bags when we grocery shop (especially since we are big fans of Aldi, which doesn’t provide bags). We’re grateful that we have the choice. Other consumers who prefer plastic bags shouldn’t have this choice taken away from them.