The empirical results reported in this study are obtained by estimating the following baseline regression equation using school-level panel data that varies by school and time:

The variables are denoted with school and time subscripts indicating that a particular variable is for school s in year y. The main predictor variable of academic outcomes is constructed as the natural logarithm of annual school-level total spending divided by annual school-level total student enrollment. The purpose of transforming spending per pupil into natural logarithms is to make the relationship between academic outcomes and spending per pupil linear, since it is possible that the statistical relationship between these two variables is nonlinear. In addition, academic outcomes are further modeled as functions of the percentage of students eligible for a free or reduced-price lunch and the number of students enrolled in a specific grade level.

Different measures of education outcomes represent the dependent variables in the equation. These outcomes are measures of performances of for all students who took the MEAP subject tests for grades three through eight, MME and ACT subject tests in grade 11 and the high school graduation rates of all students.

Finally, the equation is estimated considering that the schools are grouped into districts. If the error terms for different schools within a given district are correlated, then this could lead to relatively small standard errors being estimated and, therefore, misleading statistical inferences. Therefore, to control for this statistical issue, the estimated standard errors in the regression equation are clustered at the district level.

The graphics below include scatterplots of regression results. The x-axis displays a school’s change in per-pupil spending and the y-axis shows a school’s change in average scale scores. If school spending were positively correlated in a statistically significant way to student achievement, the blots on these graphs would appear to follow a line slopping upwards from the bottom left to the upper right. The results, however, show much more vertical lines, suggesting that the amount of money that schools spend have little correlation to how well students perform. 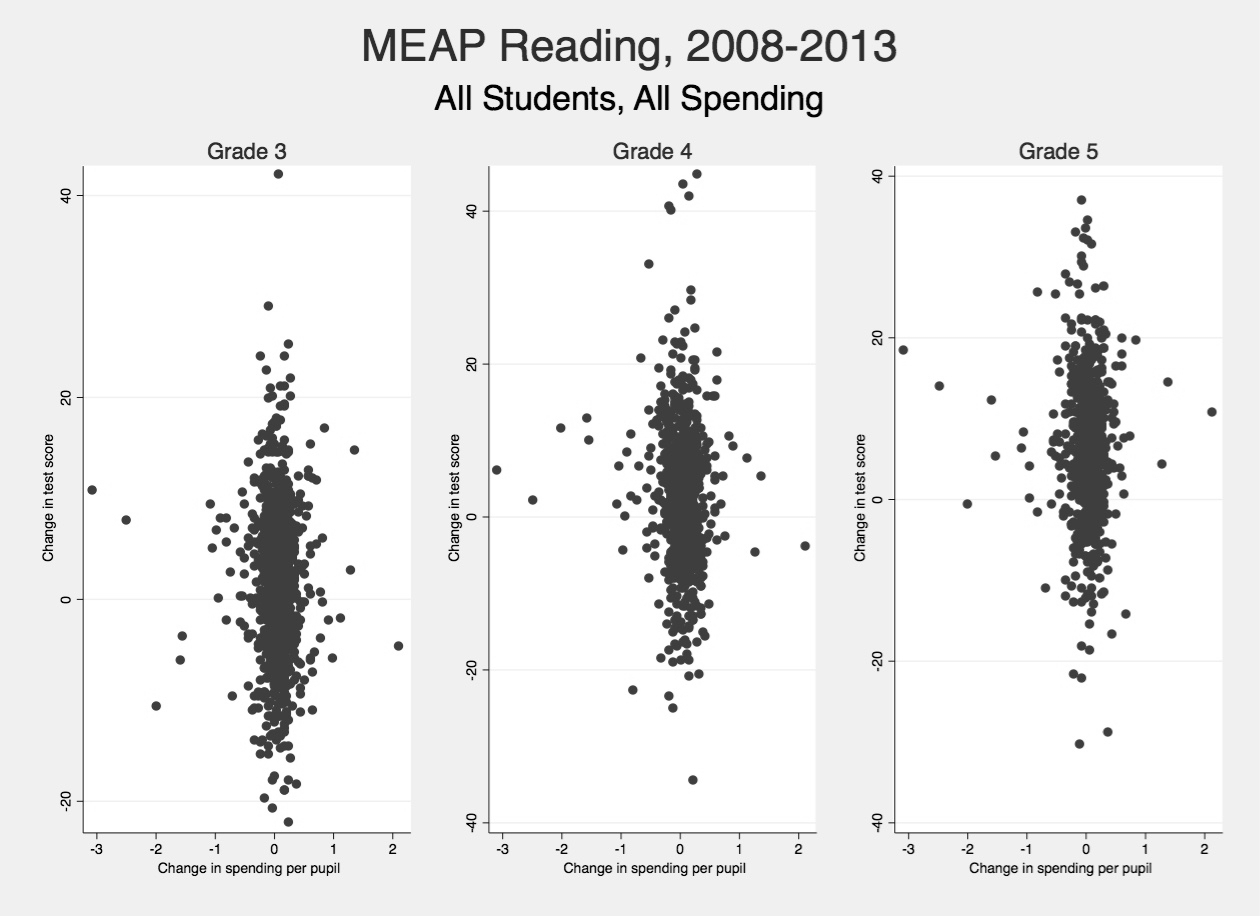 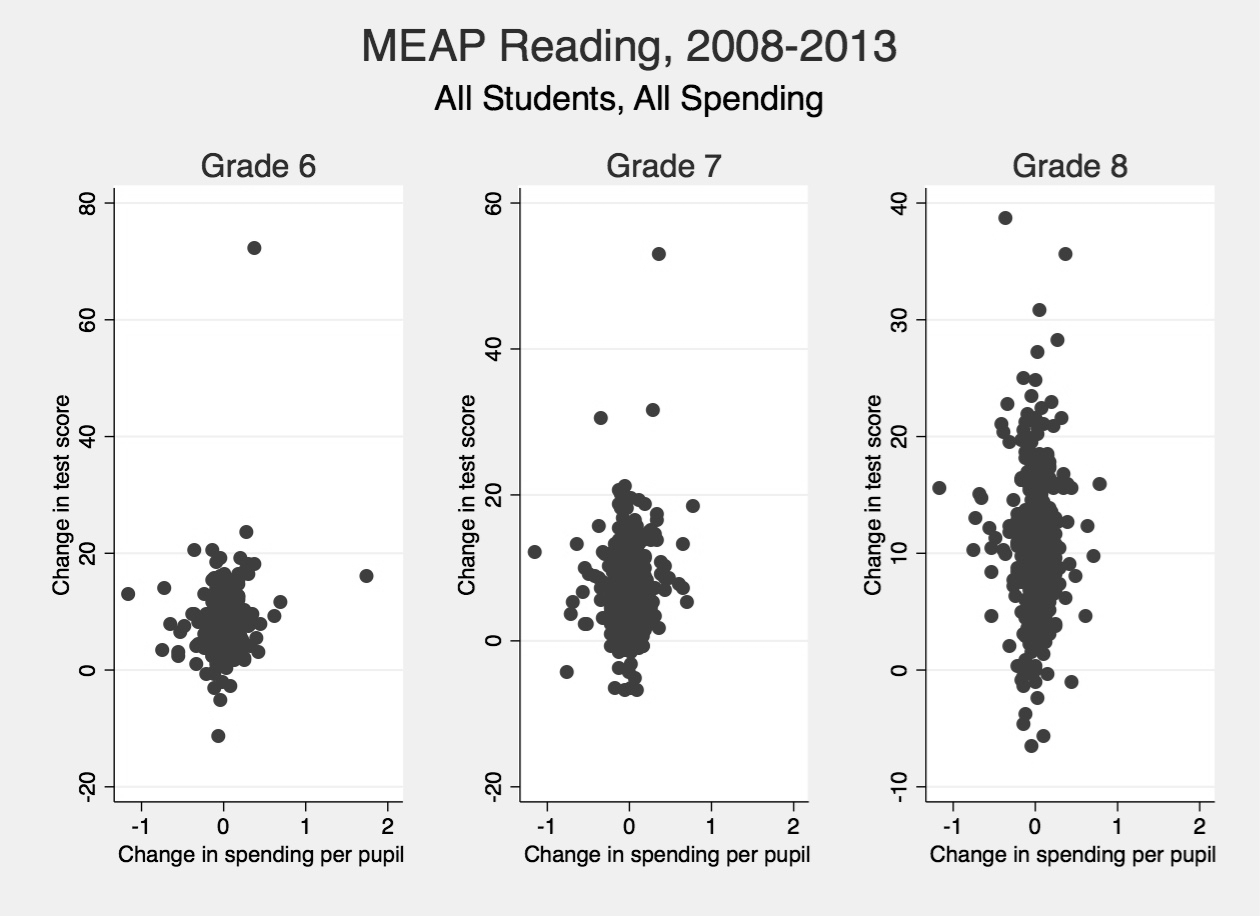 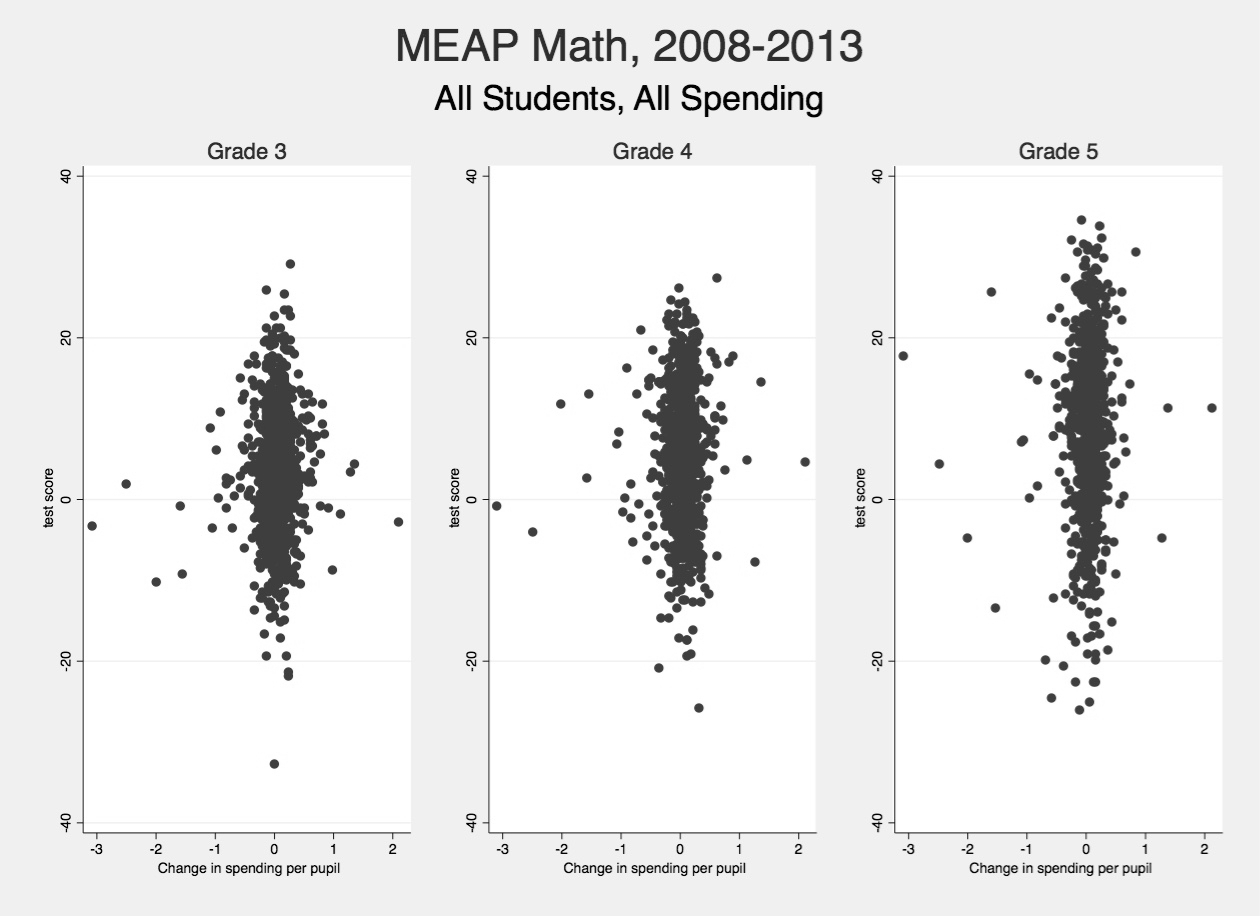 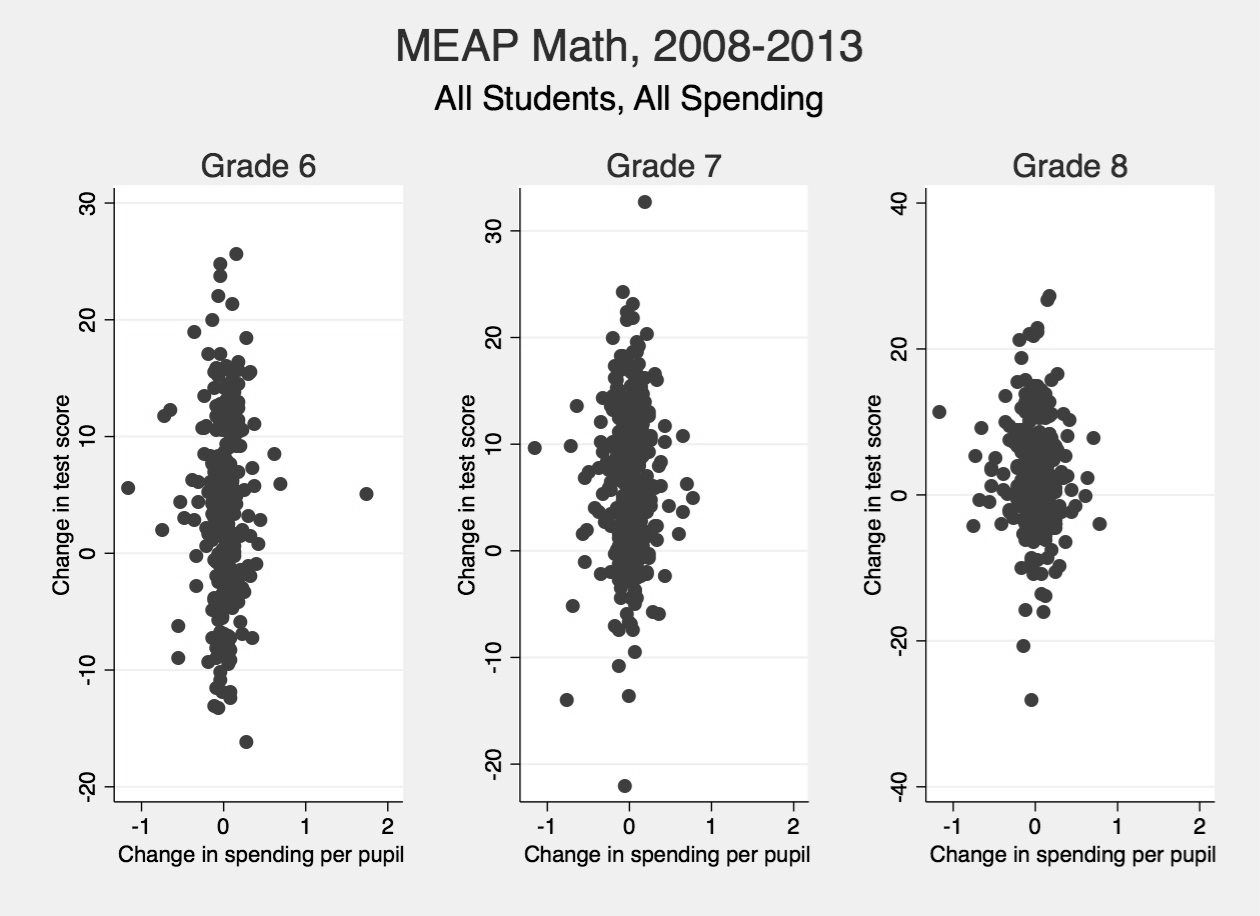 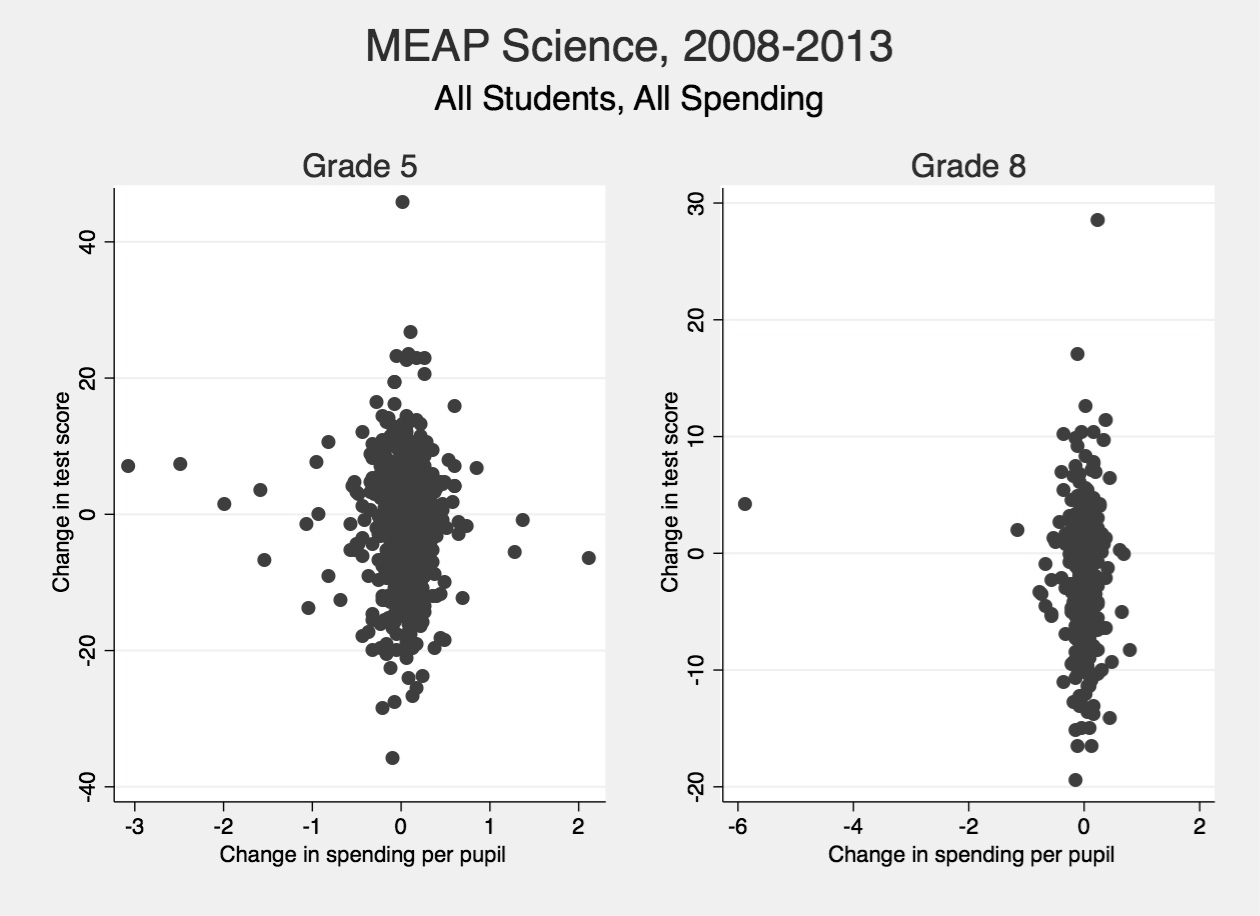 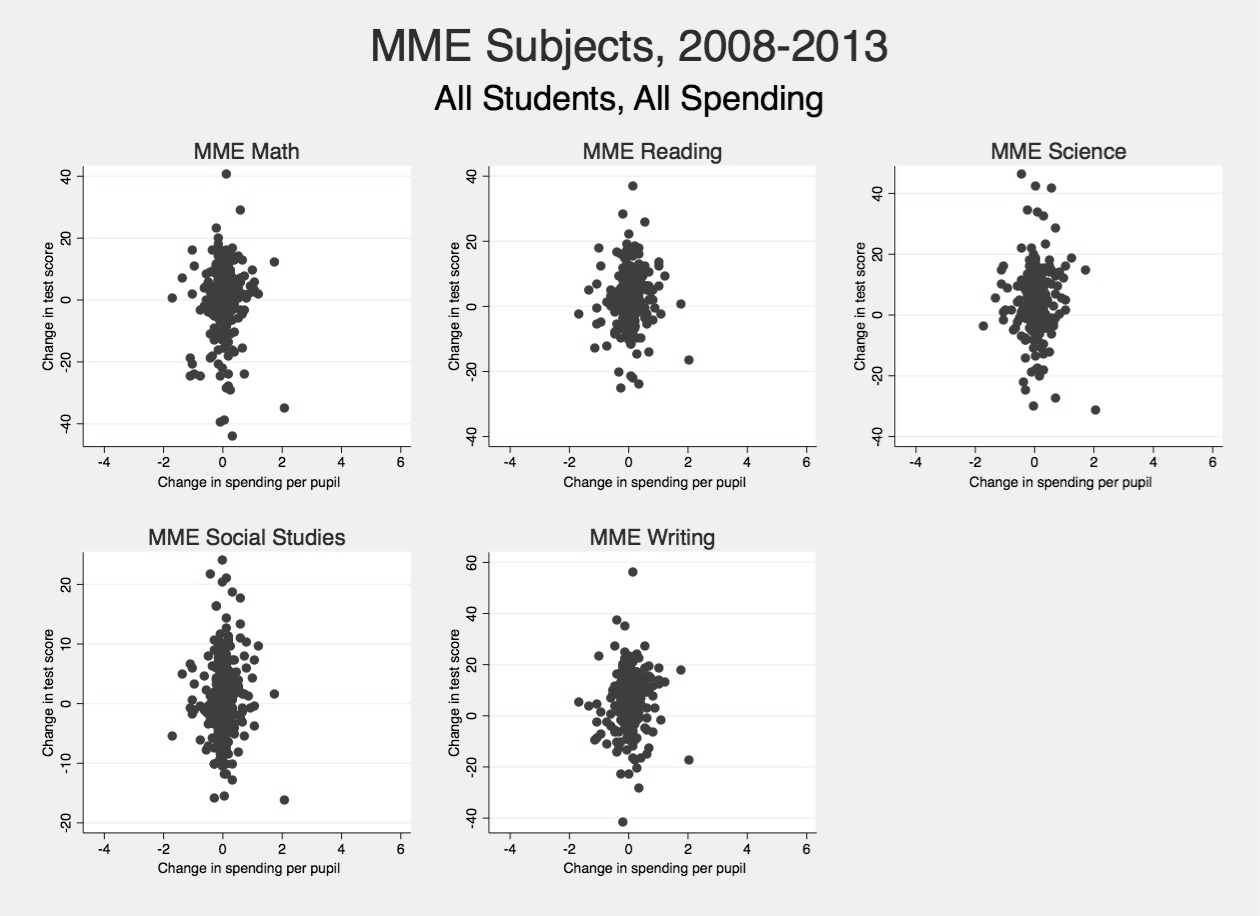 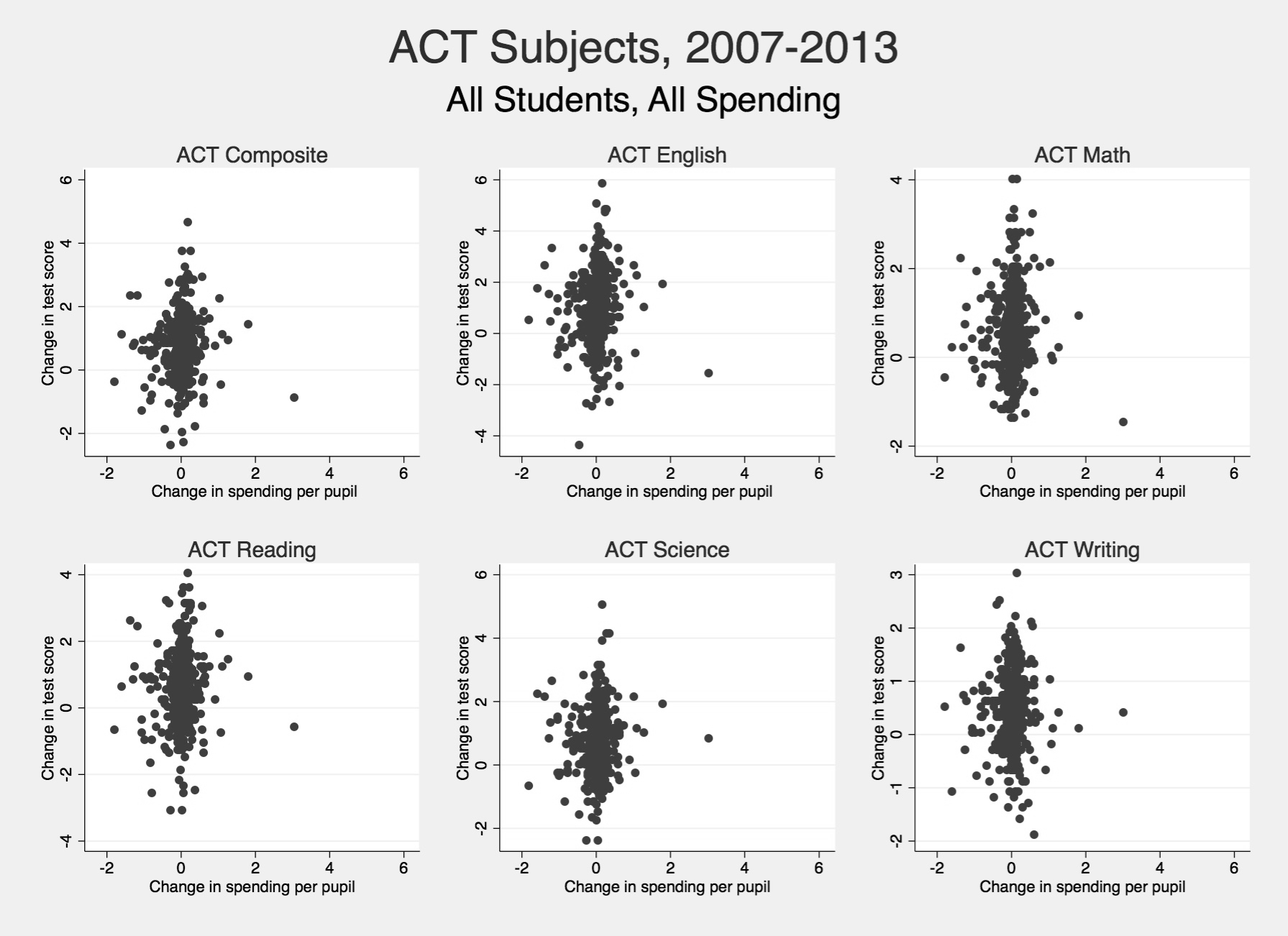 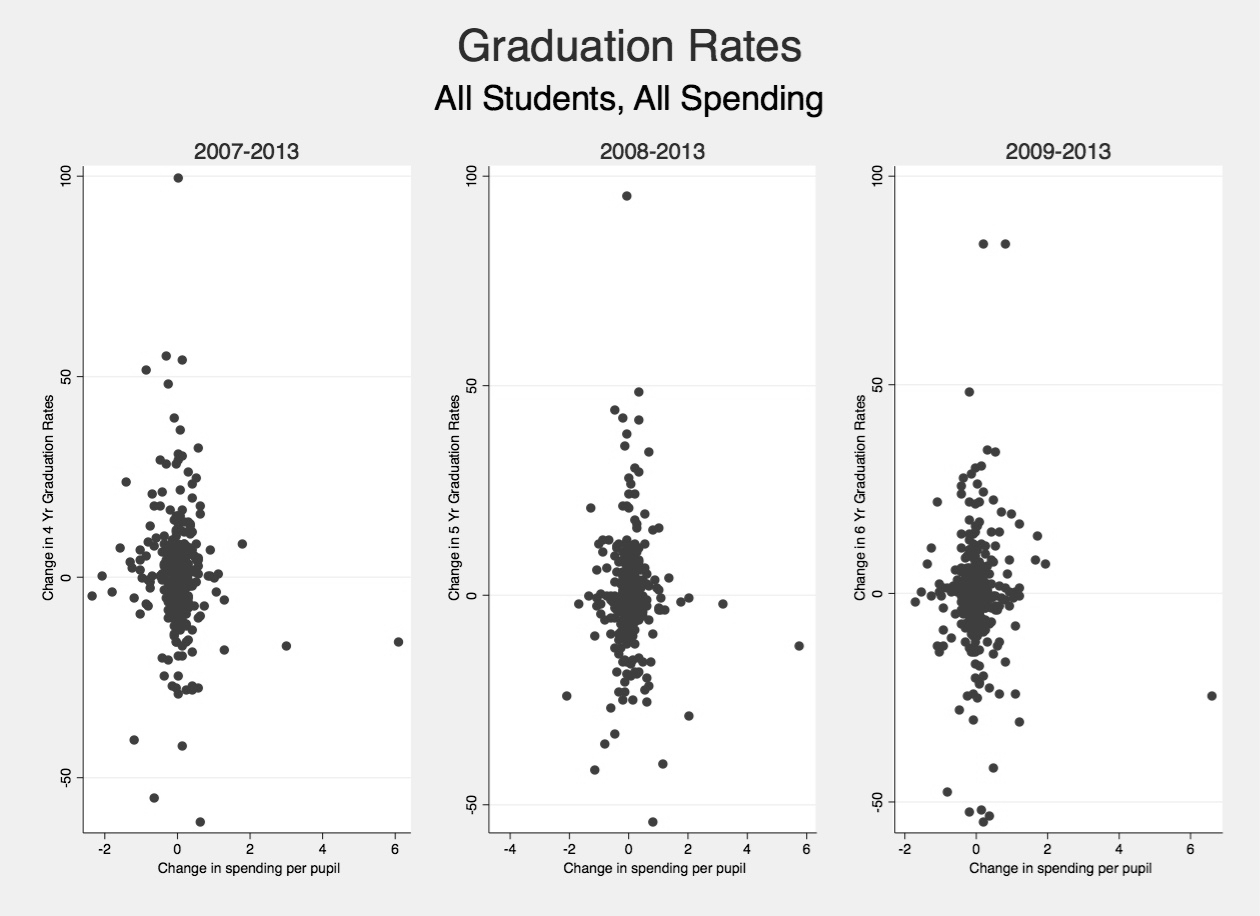 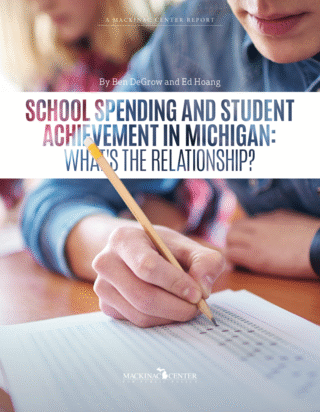