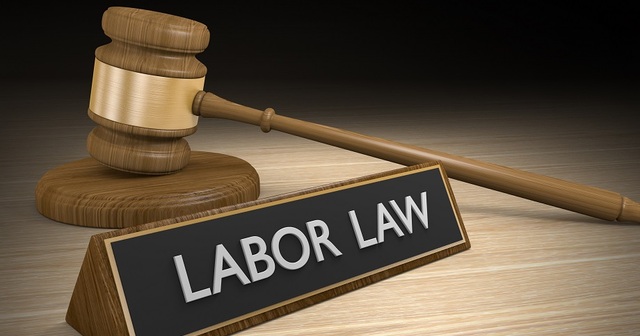 In Michigan, government entities, such as school districts, must pay all contractors union wages for construction projects — the so-called prevailing wage. This wage rate is established by the state and is based on wages collectively bargained for by unions in the region where the construction work is being done. Market wages set by open competition are explicitly forbidden. The law was first enacted in 1965 when a much larger portion of Michigan’s construction force was unionized, but today, in the construction industry, only one-fifth of workers belong to labor unions.

In other words, when companies bid on government construction jobs, a one-fifth minority now effectively sets the wages for the entire industry. It may have been plausible to argue these wages were “prevailing” many decades ago, but today, the law’s title is nothing short of a misnomer. In fact, only six states still set state construction wages in such a manner. It is time for this archaic law to go.

Basic economics predicts the consequences of such a law. A market’s pricing mechanism reveals relative scarcity and sends pricing signals via supply and demand, promoting the most efficient allocation of resources. Price- and wage-control laws prevent such equilibria by imposing an artificial ceiling or floor, resulting in deadweight loss. A 2015 study by the Anderson Group estimates that, from 2003 to 2012, an average of $127 million per year, or $1.3 billion total, was added to education-related construction costs.

Some argue, however, that government-determined wages are necessary to address social ills. But this argument doesn’t bode so well when it comes to Michigan’s prevailing wage law. Average construction wages are nearly triple the minimum wage — prevailing wage only pads the pay of already relatively well-paid employees, all at taxpayers’ expense.

According to a 2007 Mackinac Center study, the law artificially inflated construction wages by an average of 40-60 percent above market wages, increasing overall project costs by 10-15 percent. For example, in the Detroit metro area, the going market wage for electricians in 2005 was $30.83 per hour. However, when electricians were hired by a public school district in 2005, Michigan’s prevailing wage law forced districts to pay all electricians $46.88 per hour — a 52.1 percent wage inflation.

Higher prices tend to reduce demand. Michigan’s prevailing wage law, therefore, results in fewer overall construction jobs. Since government entities are forced to pay union wages for all construction work, firms that employ higher-wage workers are given an advantage. The result is a disadvantage for lower-wage workers, which places labor unions in a desirable position. Labor unions passionately defend this law, as it effectively forces taxpayers to subsidize inflated wages while protecting their members from fair market competition.

Fortunately, Michigan lawmakers are interested in repealing this law. Rep. Amanda Price introduced House Bill 4001 in January to repeal the law, and the Senate passed Sen. David Robertson’s similar proposal, Senate Bill 3. However, because unions receive a concentrated benefit from the law, they join together to lobby hard against it. And Michigan’s Republican Gov. Rick Snyder also vowed to veto any attempt to repeal the law, honoring a deal made with state Democrats for supporting the failed road-funding plan, Proposal 1.

But there’s additional action on this front, led by taxpayers themselves. A coalition organized to repeal the state’s prevailing wage law submitted petitions with more than 390,000 taxpayer signatures; however, the coalition quickly retracted the petition after learning a hired contractor had duplicated signatures. A new effort is now prepped to launch. If 252,523 validated signatures are submitted by June 1, 2016, the law’s fate will be decided by voters in a Nov. 2016 ballot proposal. If voters approve, the repeal can pass without the governor’s signature.

However well-intentioned Michigan’s prevailing wage law might have been when passed in the 1960s, there’s little case to be made for it today. It is now costing taxpayers hundreds of millions of dollars annually — and is certainly no longer representative of prevailing construction wages. Michigan is one of six states left in the nation to hold onto a similar law. As the state tries to address its fiscal woes and infrastructure, the opportunity cost of allowing this costly law to remain on the books is simply too great.