In 2015, 14.9 percent of school districts in Texas contracted out for food service, 9.9 percent of districts did the same for custodial services and 3.7 percent used privatized transportation services. These rates put Texas in the middle of the pack in each category among the five states surveyed.

The map below shows which districts in Texas are contracting out for school support services. In nearly every region, there are at least some districts that privatize. However, it appears that in the western part of the state, the practice has not been tried much. 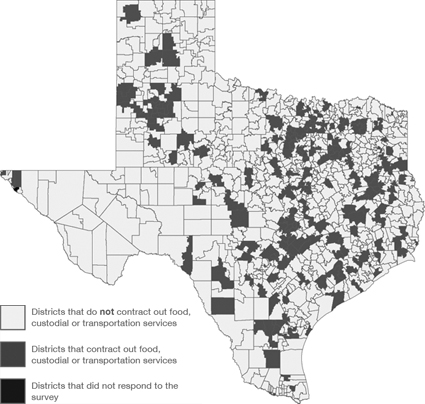