The overall contracting rate in the Peach State — which has just 180 school districts — was 38.3 percent. Despite this reasonably high overall figure, Georgia school districts maintain some of the lowest rates in the survey for particular services and no district contracted out for all three services.

The map below suggests that there are some areas of the state more inclined to privatize than others. The southcentral region, around the city of Tifton, appears to be an area where a cluster of districts have contracted out for noninstructional services. The northwestern part of the states also appears more open to contracting out compared to the rest of the state. 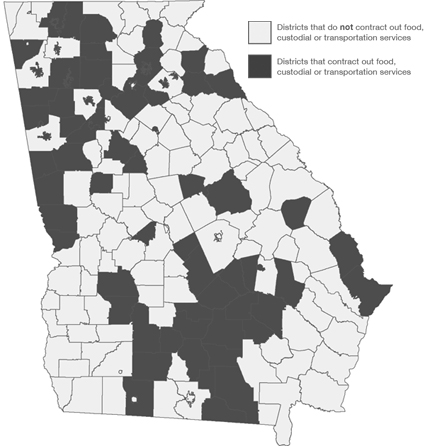