Just over a quarter of Michigan school districts (26.6 percent) contract out for school transportation services. The number of districts using privatized busing services grew by 12 percent from 2014. Although transportation is the least privatized major noninstructional service, it has grown significantly over the last 10 years. Just 21 districts, or 3.8 percent, contracted out for this service in 2005. 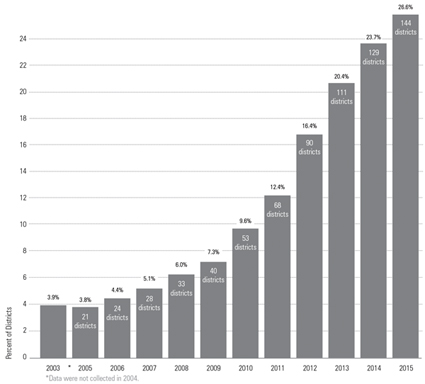 Eighteen districts began new transportation contracts in 2015. Only two districts, Godwin Heights Public Schools and Essexville-Hampton Public Schools brought services back in-house. As was the case with custodial services in Essexville-Hampton, its insourcing was due simply to a private manager retiring, whose duties were then picked up by existing district personnel. 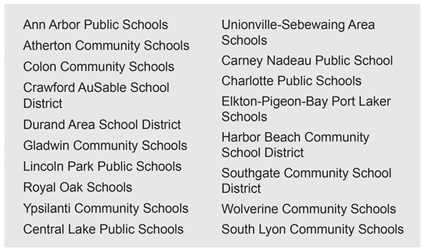 The map of Michigan school districts below shows that outsourcing of noninstructional services is widespread across the state and does not appear to be limited to certain geographical areas (although there are some areas that contain clusters of districts that have not privatized any of these services). 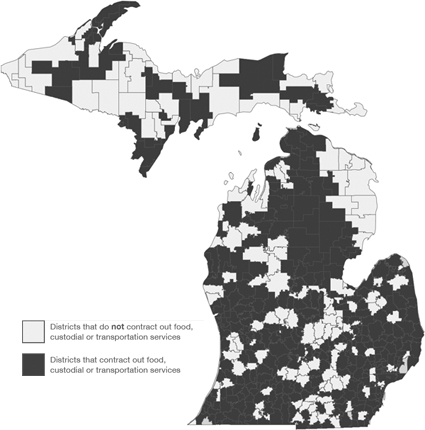