In 2015, 232 school districts in Michigan, or 42.8 percent, outsourced food services to some degree. This is up 10 percent from 2014. Contracting out for food services was a relatively popular option for school districts when the Center started surveying districts — 27.3 percent of responding districts reported doing so in 2003. By contrast, in that same year, only 6.6 percent of districts contracted out for custodial services and only 3.9 percent did the same for transportation services. School food services privatization has steadily increased over the years, though not as much as contracting for custodial and transportation services. 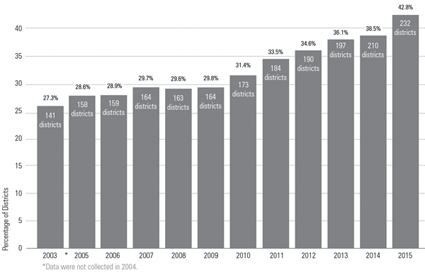 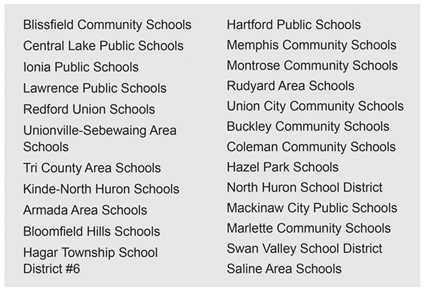