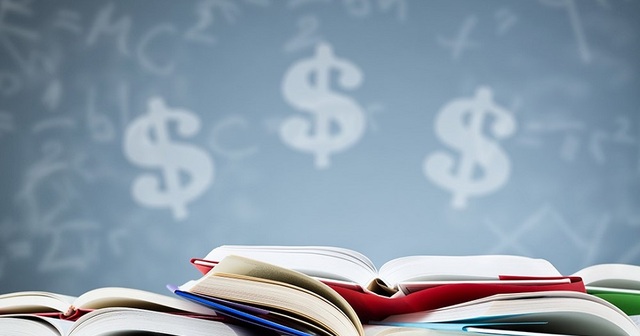 Bills give schools new ways to tax and spend

Michigan’s public school establishment is nothing if not persistent when it comes to devising new ways to extract more tax dollars. Two hearty perennials in this area are school “sinking fund” taxes and using local “recreational authority” taxes for school amenities. Both have been advanced in previous legislatures, only to be halted by happenstance or when Republican leaders on either side of the Capitol realized they were on the verge of authorizing property tax hikes for more things.

But both proposals are back and on the move, and this time, Republicans are leading the charge.

In 2001, a House GOP majority passed an open-ended sinking fund bill that MichiganVotes.org described as follows:

Passed 95 to 2 in the House, to allow school districts to levy 5-mill “sinking fund” taxes for a wide range of purposes. Under current law, sinking funds are permanent funds which may only be used to buy land or defray the debt on school construction or major repair projects…The bill potentially allows new tax mills to be used to cover items that might be considered "operating expenses," which is prohibited by the 1994 Proposal A initiative.

That year it was the GOP Senate majority that put the kibosh to the scheme. The Senate again played the firewall in 2007, when Democrats had gained a House majority and took another run at watering down the restrictions on sinking funds. (The 20 House Republicans who voted “yes” that time included many current GOP senators.)

When the bill came around in 2009 it limited the new tax revenue to just school buses and technology. Again, this passed a Democratic-controlled House with 11 Republicans on board, and for a third time the Senate buried the scheme.

Since then, numerous sinking fund bills have been introduced, with new variations to fit the times. Within weeks of a horrific school shooting in Connecticut in 2012, a bill appeared here proposing sinking fund taxes for school security. At least five more bills to expand the use of sinking funds in the name of school security have been introduced since, including the latest, sponsored by Rep. Michael McCready (R-Birmingham) which was the subject of a House Appropriations Committee hearing this week.

Homeowners and others who pay property taxes face a second threat from a bipartisan willingness to accommodate public school spending interests. This one is a “recreational authority” bill that passed the Senate with a 36 to 1 majority (Who Voted "Yes" and Who Voted "No"). Here is how MichiganVotes.org describes it:

Senate Bill 481, introduced by Sen. Darwin Booher (R-Evart), to revise the law that authorizes municipal recreational authorities, by letting school districts enter an authority. The authorities have the power to levy up to one-mill of property tax for swimming pools, recreation centers, public auditoriums, public conference centers, and parks, with the approval of voters in each municipality covered by the school district. The law does not address whether the local tax-funded recreational facilities can be at a school, but it does require them to be open to the public

In effect schools could mount campaigns to get municipal taxpayers to help pay for pools, auditoriums and other luxuries, with apparently nothing prohibiting these from being located on school property.

This proposal also has been around before. It nearly became law in 2009 when both houses passed similar versions of the idea but never did meld them into one.

We may know shortly whether a Republican-controlled Legislature and governor will grant the public school establishment two new long-sought taxing powers.