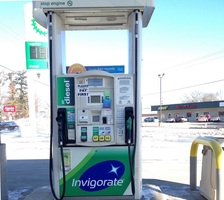 Now with one click you can approve or disapprove of key votes by your legislators using the VoteSpotter smart phone app. Visit votespotter.com and download VoteSpotter today!

To increase the annual vehicle registration (license plate) tax by around 40 percent per vehicle. Most of the revenue from this tax goes to the state road budget. Also, to impose a surtax on electric and alternative fuel vehicles that use the roads but don't pay gas tax.

To increase the value of a "homestead property tax credit" that homeowners and renters can claim on their state income tax, and increase household income caps that limit eligibility for this credit (which essentially reimburses some property tax paid on a person's home). The bill is intended to offset around $200 million of the $600 million of gas tax and vehicle registration tax hikes included in a House road funding proposal.

Senate Bill 414, Roll back income tax if state revenue rises: Passed 61 to 45 in the House

To potentially roll back future income tax rates if the amount of revenue deposited into the state "general fund" in a given year grows faster than inflation, starting in 2019. Since the legislature controls which revenue goes into this fund, any future income tax cut would still be largely at the discretion of each legislature, as under current law. This is part of the latest House road funding package.

House Bill 4480, Don't disparage one parent for protecting child from other: Passed 76 to 28 in the House

To establish that in determining the “best interest of child” in child custody and visitation cases a court may not “consider negatively” actions taken by a parent in self defense or to protect a child from “the child's abusive parent.”

Senate Bill 326, Establish B-24 Liberator as symbolic "state airplane": Passed 38 to 0 in the Senate

To establish that the B-24 Liberator flown by the U.S. Army Air Force and Navy in WW II shall be deemed the “official airplane” of the state of Michigan. The B-24 was a sophisticated four-engine bomber produced in huge numbers by the Ford Motor Company on an unprecedented mile-length assembly line at the purpose-built Willow Run plant in Wayne County

To establish that it is a violation of the Open Meetings Act for a member of an elected public body to cast a vote on a decision without being physically present. This would not apply in cases of an emergency or serious illness as defined by the bill, or if a public body is using a video conference system.

Senate Bill 421, Make it a crime to not pull over for ambulance: Passed 36 to 2 in the Senate

To make it a crime subject to 90 days is jail to not yield the right of way and pull over at the approach of an emergency vehicle with its flashing lights and siren activated. Under current law this is a civil offense subject to fines of $100 to $250. Also, to authorize up to 15 years in prison if the failure to yield costs the life of emergency personnel, and two years if it causes an injury