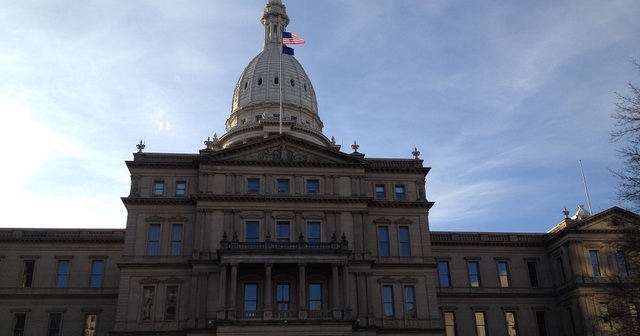 Now with one click you can approve or disapprove of key votes by your legislators using the VoteSpotter smart phone app. Visit Votespotter.com and download VoteSpotter today!

House Resolution 141, Expel Reps. Gamrat and Courser: Passed 91 to 11 in the House

To expel freshmen Representatives Todd Courser and Cindy Gamrat from the House for using government personnel and resources to cover up an extramarital affair, and for other irregularities in the operation of their offices. Courser resigned moments before the vote, so the final version only expels Gamrat.

To allow the school districts that absorbed portions of the Buena Vista school district in Saginaw County, which was dissolved in 2012 after becoming fiscally unviable, to levy non-homestead property taxes in the dissolved district's territory to pay off debt the failed district incurred to cover operational expenses. Reportedly the alternative would be for a court to impose a "judgment levy" property tax on residents.

To give the Department of Human Services (the state welfare agency) the authority to appoint agents with the same powers as peace (police) officers and limited arrest powers, for the purpose of investigating welfare fraud.