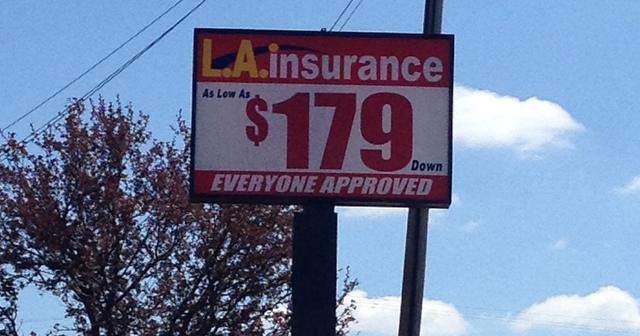 Perhaps no two human activities are more antithetical to each other than politics and the business of insurance. Insurance is all about prudence and taking the long view, while politics is — not.

An example is House Bill 4560, introduced by Rep. Peter Lucido, R-Shelby Township. To provide a one-time infusion of road repair money this would authorize a $1 billion raid on the reserve fund that the Michigan Catastrophic Claims Association draws on to reimburse auto crash victims for very expensive medical costs.

The MCCA is the entity created by Michigan’s no-fault auto insurance law to cover those expensive claims, under a provision that requires drivers to carry personal injury protection coverage with no cap on benefits. The medical service reimbursements are financed by an annual assessment tacked on to auto insurance bills, in amounts determined by the association’s board.

The current assessment is $150 per year for each vehicle, which was set last March. The document announcing this reported that in the fiscal year ending June 30, 2014, the MCCA had paid out slightly more than $1 billion in claims, which is up sharply from $765 million five years earlier. Also, actuarial projections indicate it has a $292 million reserve fund deficit for outstanding claims. Many of these claims are for medical costs that will extend decades into the future, because they include providing lifetime care for individuals permanently disabled in tragic car crashes.

House Bill 4560 essentially directs the MCCA to recover from the fund raid by increasing future customer assessments and with magic — increasing returns on the fund’s investments. Presumably the association’s fund managers already work to maximize those returns within the bounds of prudent investment practices, so this provision is pure eyewash.

The future rate hike potential is real though. As Michigan Department of Insurance and Financial Services (DIFS) Director Patrick McPharlin put it in a statement on the department’s website, “[R]educing money in the fund could result in the need for the MCCA to increase its assessment on insurance companies — further driving up the cost of auto insurance in our state.”

The bill recalls a previous MCCA fund raid, which occurred in 1998. In contrast to the current reserve fund deficit, at that time the association had accumulated a $2.5 billion surplus above the amounts projected to cover medical claims then outstanding. Politicians saw an opportunity to pander, and the House passed a bill mandating that the MCCA rebate $1.2 billion to auto insurance customers. Rather than wait for the Senate to enshrine this bit of political opportunism into statute, the MCCA agreed to send out checks without a legislative fiat.

Various factors had caused MCCA assessments to fall dramatically. Among other things, these include lower than projected medical costs, a strong state economy and a booming U.S. stock market. Having ample reserves also contributed. After the rebate, customer assessments remained low for a few more years, but in 2002 they were back up to $71 per vehicle, and by the middle of the decade they were close to the current $150 level. It is likely that rates would have stayed lower for longer without the 1998 fund raid, and the temporary customer windfall probably ended up being a net loss for insurance buyers over time.

Taking money that is set aside to pay the medical expenses of people severely injured or disabled in car crashes to provide a one-time funding blip won’t solve Michigan’s road funding problem. But it will cause new problems, and probably subject vehicle owners to higher insurance rates in coming years. This is no way to run a state, a road budget or an insurance plan.