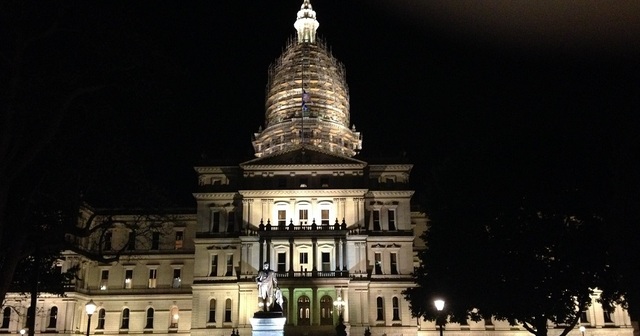 There are over 3,000 criminal statutes in Michigan, but a recent unanimous vote in the Michigan House will trim that number, eliminating several outdated laws in the first step toward simplifying the state’s enormous penal code.

Overcriminalization has recently come into the spotlight in Michigan as part of a larger movement pursuing criminal justice reform. In 2014, the Mackinac Center and the Manhattan Institute published a study on the topic, Overcriminalizing the Wolverine State. The study advocated for clarification and consolidation of the current criminal code, guidelines to govern the creation of new criminal offenses and enactment of a default mens rea provision — requiring the state to consider a person’s intent before convicting them of a crime.

Since its publication, several organizations have relied on the research, and Gov. Rick Snyder used it as the basis for several recommendations he gave in a recent plan to reform the criminal justice system. The House Fiscal Agency also pointed to the study in its analysis of the bills passed in the House this week.

As reported by MLive, those bills include measures to repeal such irrelevancies as prohibitions of duels, trespassing in oddly specific areas and using the term “lost manhood” in advertising. Some of the more pertinent repeals include laws that criminalize embellishing the national anthem, cursing in front of women and children and hosting a walkathon or similar contest of endurance.

I have never trespassed in a huckleberry marsh and I do my best not to embellish The Star Spangled-Banner beyond sense or recognition, but the existence of these laws is a sobering insight into the state of Michigan’s current criminal code. Even after the repeal of these laws, there will still be over 3,000 that I (and almost every other Michigander) could potentially break without intention or malice.

The recent House repeals address laws that are mostly redundant and silly, but many others among those 3,000 fall into the dangerous category of unknown and enforceable. That’s how people go to jail for keeping rabbits.

There is much more work to be done on the subject of overcriminalization, but the House's action is a good start toward more meaningful reforms.