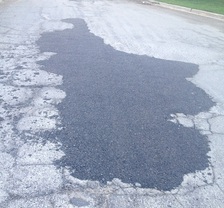 On August 18 and 19 the Michigan House and Senate met in an unsuccessful effort to negotiate the differences between road funding bills each has passed. In the end they appointed a House-Senate conference committee to craft a compromise.

This edition of the Roll Call Report repeats the latest key road funding votes by each body, which were taken in June and July.

To increase the current 15 cent per gallon diesel fuel tax to 19 cents per gallon, and index future diesel and gasoline taxes to inflation. Also, to tax natural gas and other “alternative fuels” burned by vehicles at an equivalent rate.

To increase the current gasoline and diesel fuel tax to 34 cents per gallon by Jan. 1, 2017, an increase of 15 cents and 19 cents, respectively, and index the higher rates to inflation. When combined with the 6 percent sales this would give Michigan the second highest gas tax in the nation.

To earmark a portion of state income tax revenue to road funding, gradually increasing the amount to $717 million in 2019, which would then be indexed to inflation.

Senate Bill 414, Earmark some income tax to roads - Senate version: Passed 27 to 11 in the Senate on July 1

To earmark some income tax revenue to road repairs, gradually increasing the amount to $700 million, which would then be indexed to inflation. While the Senate has not identified spending cuts to offset this, estimates are that income tax receipts will increase more than $500 million annually by 2017.

To eliminate the state earned income tax credit, which grants recipients an amount equal to 6 percent of the federal EITC, a refundable tax credit that sends checks to low income workers. Michigan state taxpayers contribute around $115 million annually for this program. This spending cut would offset some of the income tax revenue repurposed to road repairs.

To no longer spend $75 million annually on various direct and indirect subsidies granted to corporations and developers under the “21st Century Jobs Fund” rubric, and instead use this money on road repairs. This spending cut would offset some of the income tax revenue repurposed to road repairs. The House also passed House Bill 4608, which would halt an annual earmark of around $60 million in Indian casino revenue to government economic development programs and their adminisration.