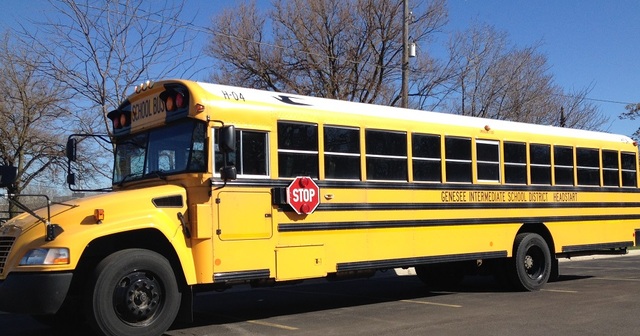 The Affordable Care Act, aka Obamacare, has forced many public schools to cut employee hours or privatize noncore services. At issue is the ACA’s mandate that employers with 50 or more full-time workers provide health insurance to any who work 30 or more hours per week.

The Baraga Area Schools in the western Upper Peninsula is among the many districts in Michigan that are feeling the effects of the law. Superintendent Jennifer Lynn says her district had employed more full-time support staff, but has been forced to cut hours due to the prohibitive cost of the ACA mandate.

Baraga is no outlier. A 2014 survey commissioned by the Association of School Business Officials International found that nearly 50 percent of school districts were concerned about the impact of the ACA’s employer mandate.

An example of the costs involved can be seen in the Parsippany school district in New Jersey, which estimated that providing health insurance for 185 paraprofessionals would cost $4.5 million per year. The school district in Vigo County, Indiana would have to pay $6 million annually to provide coverage for support staff.

That’s less of an option with instructional staff, though. School officials say that it’s hard for students to adjust to having multiple part-time educators throughout the day. Chris Johnson, an administrator with the Penn Manor school district in Pennsylvania, told a publication there that, “If you start doing a half day with this person and then a half day with that person, those students don't react well.”

In schools across the country, outsourcing noninstructional services has been on the rise over the last decade. This cost-cutting tool has become even more attractive since the rollout of the ACA mandate, because it lets school officials shift the burdens of compliance to private contractors.

To minimize teacher layoffs, Michigan’s Elkton-Pigeon-Bay Port Laker district privatized some services. Pennsylvania’s Penn Manor district had about 30 part-time aides who worked with special needs students. Rather than cut those aides’ hours further, school officials have chosen to contract out this function to a private firm that will also fill its need for substitute teachers.

An article posted on the Kansas Health Institute news service suggests that for some districts it would be cheaper to just eliminate employee health insurance and pay the $2,000 to $3,000 per employee penalty the law would impose for doing so. Officials at Michigan’s Cass City district say this is not their preference, and privatizing some functions helps them avoid it. Other school districts have formed co-ops with neighboring districts to spread the brunt of the cost, according to Holly Murphy of the Texas Association of School Boards.

There is no one-size-fits-all solution for school districts trying to cope with the ACA, which like many government programs has had consequences not foreseen by its authors, and costs that, in the eyes of many, far exceed the benefits.