Cost may be much more expensive than originally assumed 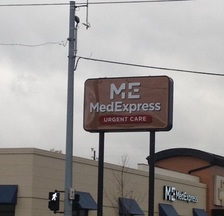 The Foundation for Government Accountability has just published a report on state enrollments under the Obamacare Medicaid expansion. Here’s what the authors say about Michigan:

When Republican Governor Rick Snyder lobbied the Michigan legislature to adopt his Obamacare Medicaid expansion plan, he too sold it on the promise of low and predictable enrollment. His office predicted no more than 477,000 able-bodied adults would ever sign up, with 323,000 signing up in the first year.

But more able-bodied adults enrolled in ObamaCare expansion in the first three months than the state thought would sign up during the entire year. Despite the fact that Michigan did not expand Medicaid eligibility until April, nearly 508,000 adults signed up by the end of 2014, far more than the state thought would ever enroll. Enrollment continues to climb, with nearly 582,000 able-bodied adults signing up by April 2015.

Like Michigan, many states accepted the Medicaid expansion because lawmakers were afraid to stand between their local hospital cartels and hundreds of millions of dollars in “free” federal money (statewide more than $3 billion annually for Michigan).

But starting in 2020 Michigan will have to pick up 10 percent of the total cost. The newly compiled figures suggest that this may cost a lot more than members of the House and Senate anticipated when they voted to take the money.

In 2013 the Senate Fiscal Agency, using similar assumptions to those of the Snyder administration, projected that the state would have to come up with $385 million in 2021 to cover its share. Supposedly this would be partially offset by savings realized from offloading some mental health and prisoner health care costs onto the federal budget, but given the actual enrollment figures reported by FGA, those plans may need to be revised.