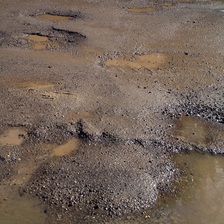 The Proposal 1 road funding initiative on Michigan’s May 5 ballot has excited strong feelings on both sides, but one provision has raised more quizzical eyebrows than passions. This is to initially use most of the new transportation revenue to repay past road repair debt, rather than immediately start pouring concrete and laying asphalt.

Specifically, if voters approve Proposal 1’s $2 billion tax increase (and if as expected legislators pass a necessary “clean up” bill), then most of the revenue from the measure’s $1.2 billion fuel tax will initially go to repay debt on past road repairs. In the first year $815 million will be used to repay debt. In the second year, this falls to $456 million. Only in the third year will the full gas tax amount go to current transportation funding, rather than paying for road repairs that politicians put on the state’s credit card years ago.

This actually makes a lot of sense. It gives time to allocate new road tax dollars effectively and rationally, and would remove the drain on current road funding caused by past politicians’ desire to spend now and let their successors pay for it later. The result of those choices has been persistent erosion of current Michigan road funding revenues.

The drain began in the 1990s and early 2000s, when Governors John Engler and Jennifer Granholm both chose to increase the amount of state borrowing for routine road maintenance projects. The political goal was to get a lot of orange barrels out and road repairs underway in a hurry. Various rationales were promoted for why borrowing made sense, but when the cement dust had settled it left a debt service overhang that persists.

In essence, Michigan is still paying today for routine road repairs done 10 years ago and more, which means less money is available to fix today’s roads.

A 2013 House Fiscal Agency report quantified the ongoing debt service drain on the annual transportation budget. The borrowing came in several installments. In the 2000-2001 fiscal year, debt incurred for road repairs increased from $633 million to $1.328 billion. Between 2002 and 2011 additional money was borrowed, and by the close of the 2012 fiscal year the state owed $2.046 billion for past road work.

Principal and interest payments increased apace, taking an ever larger bite out of annual road funding budgets. The House Fiscal Agency reports that annual debt service rose from $47.2 million in 2001 to $187.6 million by 2006. Between September 2009 and October of 2011 this debt consumed around $215 million each year, and it is expected to stay at that level until 2020, when presumably the amount will begin to fall off.

Love Proposal 1 or hate it, clearing away the burden of debt that continues to eat away Michigan’s annual state road budget would be a good thing. Taxpayers and motorists can only hope that a future crop of politicians won’t have to be taught the same lesson.