A 'Silver Lining' to Potholes?

A lesson from 1850 by Frédéric Bastiat 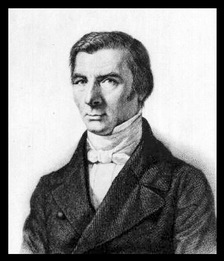 While stopping short of going “full Krugman,” Michigan Radio suggests a “silver lining” regarding the state of Michigan’s roads:

In our recent conversation with MSU economist Charlie Ballard, he reminded us that we're going to pay for road repairs one way or another. Maybe higher taxes or, in Ballard's case, paying now, with blown tires and bent rims.

But, is there some kind of silver lining to the crummy roads? Maybe for local repair shops?

The spending certainly helps the local repair shop, but at the expense of the overall economy. The idea that simply spending money is good without regard to the value produced is relatively common. The best rejoinder comes from an 1850 essay by 19th century French political theorist Frédéric Bastiat, who wrote “That Which Is Seen and That Which Is Unseen.”

Have you ever witnessed the anger of the good shopkeeper, James Goodfellow, when his careless son has happened to break a pane of glass? If you have been present at such a scene, you will most assuredly bear witness to the fact that every one of the spectators, were there even thirty of them, by common consent apparently, offered the unfortunate owner this invariable consolation. "It is an ill wind that blows nobody good. Everybody must live, and what would become of the glaziers if panes of glass were never broken?"

Now, this form of condolence contains an entire theory, which it will be well to show up in this simple case, seeing that it is precisely the same as that which, unhappily, regulates the greater part of our economical institutions.

Suppose it cost six francs to repair the damage, and you say that the accident brings six francs to the glazier's trade – that it encourages that trade to the amount of six francs – I grant it; I have not a word to say against it; you reason justly. The glazier comes, performs his task, receives his six francs, rubs his hands, and, in his heart, blesses the careless child. All this is that which is seen.

But if, on the other hand, you come to the conclusion, as is too often the case, that it is a good thing to break windows, that it causes money to circulate, and that the encouragement of industry in general will be the result of it, you will oblige me to call out, "Stop there! Your theory is confined to that which is seen; it takes no account of that which is not seen."

It is not seen that as our shopkeeper has spent six francs upon one thing, he cannot spend them upon another. It is not seen that if he had not had a window to replace, he would, perhaps, have replaced his old shoes, or added another book to his library. In short, he would have employed his six francs in some way, which this accident has prevented.