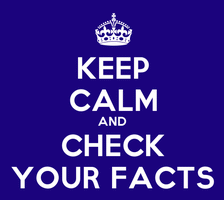 The Mackinac Center Legal Foundation announced today that Brighton Area Schools and the local union “have removed illegal language from a contract in response to a lawsuit filed on behalf of a Brighton High School teacher who said the union and district were violating his freedoms under Michigan’s right-to-work law.”

The union president for the Brighton Education Association blasted the lawsuit when it was filed last week.

"It would behoove Mr. Neuman and the Mackinac Center to check their facts before filing and publicizing this lawsuit that is 100 percent untrue," Ellen Lafferty told the Livingston Daily Press & Argus.

Mr. Neuman and our Mackinac Center attorneys did check their facts. The district and union now agree with the facts and have removed the illegal language from the contract, via a letter of agreement titled “clarification on union dues” signed by Ms. Lafferty.