During the debate in Michigan over right-to-work, critics commonly incited fear that it would result in lower incomes for Michigan workers.

For example, President Obama claimed in 2012 that the law meant "giving you the right to work for less money."

As right-to-work is being discussed in other states, including Missouri, the fears about its impact on income are reiterated. The Committee to Protect Missouri Families, a coalition fighting right-to-work legislation, claims on its website that the law "cuts wages and stifles job growth by reducing people's discretionary income. When people have less discretionary income, they spend less, which in turn, hurts the economy."

In fact, of the 10 states with fastest inflation-adjusted per-capita personal income growth during that time, seven were right-to-work and one, Oklahoma, became right-to-work about halfway through the period. 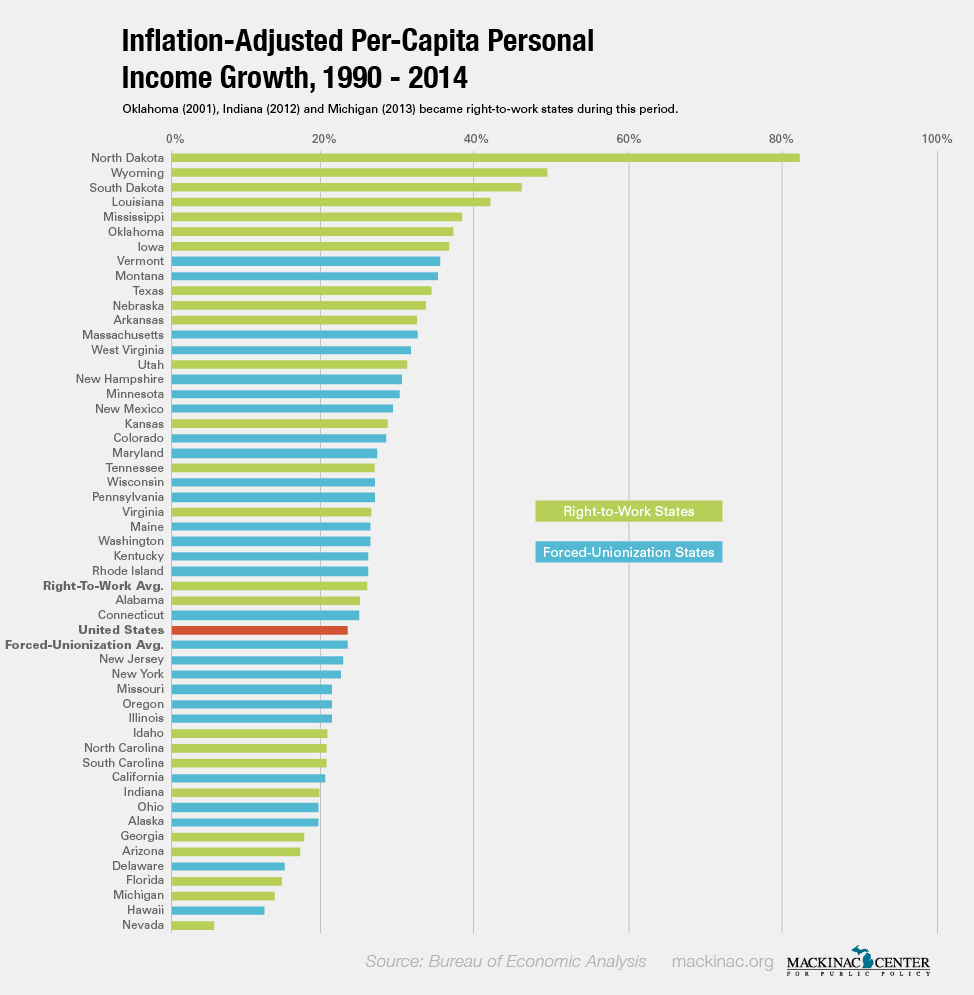 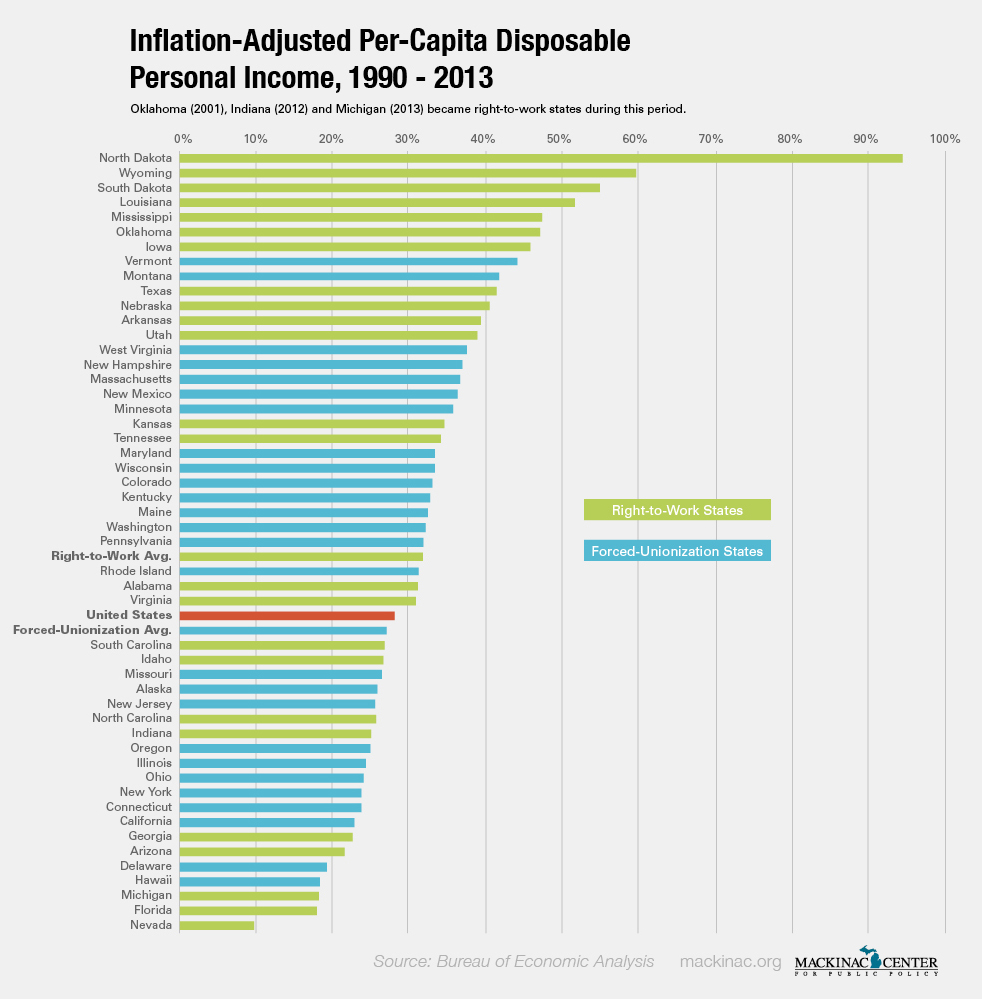 As previous analysis by the Mackinac Center has shown, right-to-work states tend to have higher growth in median household income and employment as well.

A 2013 study by Michael J. Hicks, a member of the Mackinac Center’s board of scholars and a professor at Ball State University, and Michael LaFaive, director of the Morey Fiscal Policy Initiative at the Center, analyzed the impact of right-to-work legislation on real incomes between 1947 and 2011. The study used an econometric model designed to overcome timing difficulties, economic variables and policies unrelated to right to work, and other research difficulties by dividing the data into four time periods. LaFaive and Hicks found that right-to-work laws boosted average annual real personal income growth by 0.75 percent between 1947 and 2011 compared to the growth states would have experienced without right-to-work laws.

Many factors influence the growth of income in these states besides right-to-work and the data does not mean right-to-work alone causes income to grow faster. The predicted decline in income made by opponents, however, is tough to find. Right-to-work states have some of the fastest growing incomes in the country over the past few decades.