MIDLAND — Mackinac Center fiscal policy experts will be available to comment on a purported 10-bill package of legislation that could be introduced as early as this week to partially bail out the city of Detroit for as much as $350 million. The votes of every legislator on the bills will immediately be communicated to constituents via the Center’s VoteSpotter app, allowing voters to give instant feedback to their lawmakers.

“VoteSpotter is ideal for this kind of legislation,” said Michael LaFaive, director of the Center’s Morey Fiscal Policy Initiative. “Keeping track of 10 different bills can be a difficult task for Michiganders who have families and jobs and other interests to pursue. VoteSpotter can provide it all for them in one spot and let them weigh in on their legislator’s performance.” 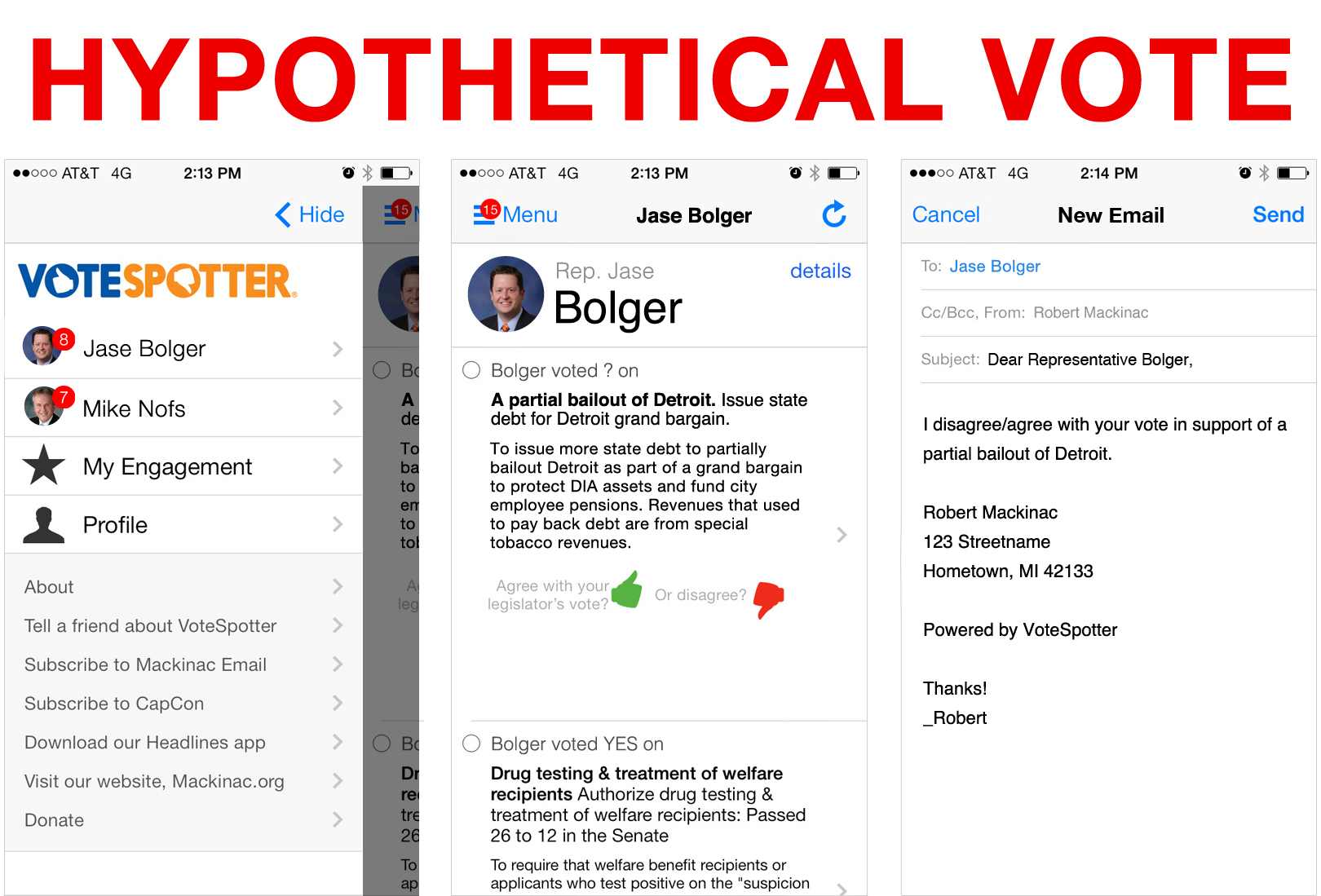 “Assume hypothetically your state representative is Republican Jase Bolger,” LaFaive explained, “and you don’t think his vote was the correct one. The VoteSpotter app would alert you to a new vote description (Panel 1, above). Upon review the user could agree or disagree with the vote with a quick touch of the green or red symbols (Panel 2) and send Rep. Bolger an email with a pre-loaded email address, subject line, and suggested (but editable) email (Panel 3).”

A recent public opinion poll commissioned by the Mackinac Center found that Republicans opposed Gov. Snyder’s Detroit bailout plan by a 55-38 margin. That was mirrored closely by Independents, who oppose the plan by a 54-39 margin.

“I imagine a lot of VoteSpotter users will be telling lawmakers that they’d rather see that $350 million used to fix the dozens of potholes they have to dodge driving to and from work each day,” LaFaive said.