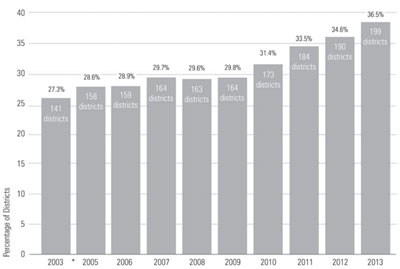 School districts that participate in the National School Lunch Program have their operations highly regulated. The food service programs are supposed to be self-sustaining and any surplus from the food program cannot be spent on general school operations.

Because of these regulations, private providers of this service tend to be larger, nationwide firms. Chartwells is perhaps the largest school support service contractor in the state, but Sodexo, Aramark and Taher also provide schools food service.

Of the districts that began food service contracts in 2013, nine were with one of these four firms. Ten of the districts new to contracting were employee-leasing arrangements. 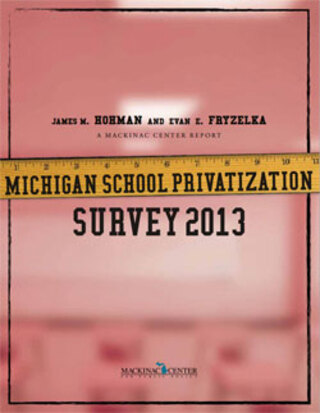