The Mackinac Center for Public Policy is a nonpartisan research and educational institute dedicated to improving the quality of life for all Michigan citizens by promoting sound solutions to state and local policy questions. The Mackinac Center assists policy makers, scholars, business people, the media and the public by providing objective analysis of Michigan issues. The goal of all Center reports, commentaries and educational programs is to equip Michigan citizens and other decision makers to better evaluate policy options.

The MPSC's current interest in electricity choice policies is timely and welcome. Michigan's last major change to policies regarding electricity choice was in 2008, so substantial information is now available to examine the results from two distinct periods. The first period is between 2000 and 2008, when new suppliers were allowed to start entering the Michigan market and competing with incumbent utilities, and the second is between 2008 and 2012, when competition was restricted to guarantee a 90 percent market share for the largest utilities.[1] 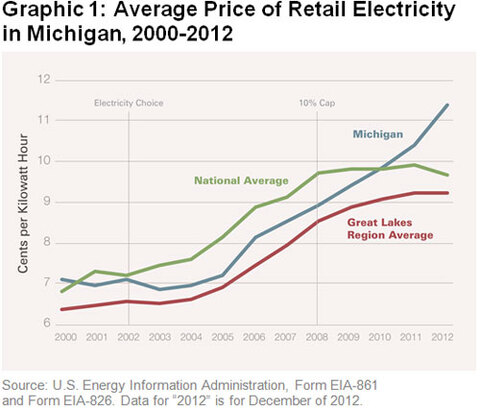 The analysis of these two periods suggests that market competition tends to bring innovation and lower prices to Michigan electricity consumers, while monopolistic policies tend to raise prices. Further, the Draft Report can be improved to better describe the regulatory problem it is intended to address, the possible solutions, and the evidence that is available for evaluating these proposed solutions. 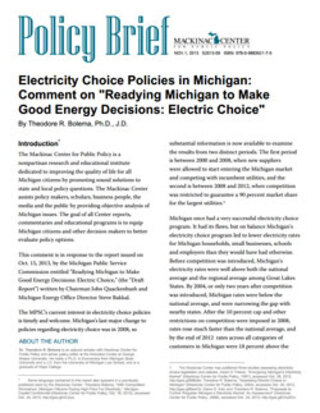