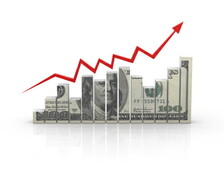 The United States is spending more and getting less when it comes to education.

On a test designed to compare student outcomes by country, children in the U.S. scored poorly. The test, the Programme for International Student Assessment (PISA), is administered by the Organisation for Economic Co-operation and Development and includes 34 OECD countries, including South Korea, China, France and Germany.

Of the OECD countries reviewed, the U.S. came in 26th in mathematics and 21st in science. The best score for the U.S. was in reading, where we scored about average. These results are unsurprising. The U.S. has lagged behind for years.

Not only did the U.S. post poor scores, but by all measures we should have done better. The United States has fewer disadvantaged students and U.S. parents are better educated. More strikingly, the OECD notes that the United States is the third wealthiest country when it comes to per-capita GDP and spends more per student. According to the report, only Austria, Luxembourg, Norway and Switzerland spend more per student.

Also interesting is the fact that U.S. students' scores depend more on their socioeconomic status than students in other countries, including Finland, Japan and Norway. In other words, U.S. students coming from poverty backgrounds are more likely to post poor scores than their counterparts in those countries.

For those holding out hope, Michigan is no anomaly. To provide a better understanding of how individual school districts stack up against their international counterparts, University of Arkansas researchers benchmarked PISA scores to the statewide annual assessments.

This global report card showed that Michigan students would have scored below average on the 2009 PISA. In mathematics, for example, our top-performing school district — Forest Hills — ranked at around the 75th percentile when compared internationally.

U.S. Secretary of Education Arne Duncan correctly characterized the nation's performance as "educational stagnation." These results should be sobering for those who claim that the current educational system is not in need of reform.