Why Does the State License Barbers? 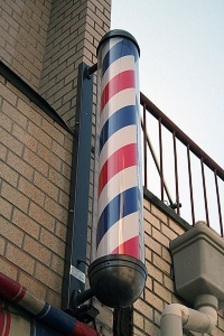 It isn't much, but at least it's something.

Senate Bill 612, sponsored by Sen. Hoon-Yung Hopgood, D-Taylor, would "reduce from 2,000 hours to the 1,800 hours the number of hours of instruction at a ‘licensed barber college’ that an individual must accumulate before he or she is allowed by the state to earn a living at this trade."

The state requires 2,000 hours of education in a "barber college" to work, compared to only 1,200 hours of education to be a lawyer. According to the Institute for Justice (IJ), which monitors licensing in every state, Michigan’s mandate is among the highest in the nation.

"It does have a lot to do with public health," Green said. "I'm not saying we are as important as doctors, but we are the closest you can get. We are turning this into the Wild, Wild West. It’s not important? OK. I’d like to see them get a haircut in a barber shop five years from now. It will be like rolling the dice."

Prior to this past September, the state of Alabama had no licensing requirement for barbers. A search for deaths or injuries caused by haircuts at Alabama barber shops yielded no results.

A 2012 bill from State Rep. Tom McMillin, R-Rochester Hills, would eliminate the mandate for barbers completely.

Often, the purpose of licensure is to protect certain industries at the expense of consumers and other workers. For this reason, IJ lists three questions policymakers should ask when discussing a license:

The answer for barbers in Michigan is “yes,” “yes,” and “yes.” Thus, like dozens of other silly mandates the state requires, licensing for barbers should be eliminated.

(Editor's note: This story has been slightly edited since its original posting.)