No matter how badly supporters want to think it can 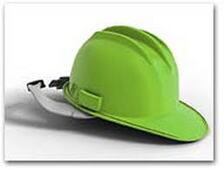 Proposal 3, the renewable energy standard, would constitutionally require Michigan power companies to get 25 percent of the electricity they sell from wind, solar, biomass and hydro by the year 2025. In a direct challenge to the laws of economics, the supporters say it will create jobs and can truly cap rate increases at 1 percent.

There is a saying in economics: "There's no such thing as a free lunch." But Prop 3 supporters of "green energy" hope enough people think there might be.

Proponents say that the state can force a 25 percent mandate of select energy policies onto consumers while capping the amount companies can raise rates to deal with the coming power inefficiency. But if there is a "free lunch," why don't Proposal 3 supporters cap the rate increase at zero and call for 100 percent renewable energy by 2025? After all, if a 25 percent mandate creates jobs and a 1 percent cap is doable, than surely 100 percent would create even more jobs and prices can be kept at current rates.

Of course, this is nonsense — forcing “new” energy sources onto people cannot be done without a cost, otherwise it wouldn’t have to be forced. And the proponents of the measure acknowledge that in a few ways.

For example, the supporters of Proposal 3 consistently cite a study, in the media and in TV ads, that claims mandating that much renewable energy would "create 74,000 jobs." Two problems: First, the study inflated the economic impacts by estimating "job years" instead of jobs. That is, if one person worked in the industry for 30 years it would be counted as 30 job years. Second, the study left out 100 percent of the cost, instead measuring all of the benefits of taking $12 billion from consumers and shifting it to green energy and ignoring any harm that taking that money from other areas of the economy would do.

By that logic, a green energy failure like Solyndra was a good investment, because at least a few people were employed for a little while — despite the cost of over $500 million.

The problem for those supporting "alternative energy" is that they are trying to do two conflicting things at once: Create jobs quickly for political purposes and move America to select energy sources in the long term for environmental reasons.

But, as the last few years have shown, when government tries to "create jobs" by moving money from the productive private-sector into unproductive programs — overseen by third-party bureaucrats — the results lead to inefficiency and overall job loss.

As the economist Thomas Sowell once observed, "There are no solutions; only trade-offs." Measuring the costs and benefits of Proposal 3 show higher energy costs, a shifting of electricity emissions to other states, likely taxpayer subsidies to ensure the 1 percent rate cap and overall jobs losses across many industries.