Lansing Builds a 'Scaffolding for Plunder' 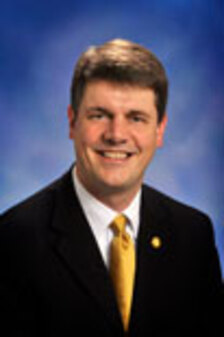 Historian James Coffield once described the British income tax system as “scaffolding for plunder.” Michigan has its own version — hordes of government tax-borrow-and-spend authorities like Downtown Development Authorities, Corridor Improvement Authorities and at least 10 others that get little public or media attention, have minimal accountability, and once created are almost impossible to dismantle.

A new bill introduced by Rep. Joseph Haveman, R-Holland, would create yet another version called “neighborhood enhancement districts,” with the power to impose higher property taxes (special assessments) to pay for a wide range of projects favored by local planners. The scheme is designed to “empower” locals to raise yet more money to enhance their area, but what it really enhances is local government taxes, spending and power.  No vote of the people would be required.

The bill would empower local planners to borrow and spend for faddish projects such as pavilions, amphitheaters, snow-melt systems and surveillance equipment, the razing of “nonconforming structures,” and yet more government recreational programs and facilities. Governments could also increase property taxes without a vote of the people to promote the area, and to provide broadband or other telecommunications services.

There is much wrong with this bill.