Schools will try to enroll kids who are too young 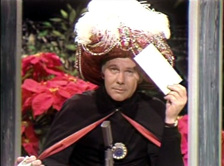 Here’s a prediction: Expect to see some school districts quietly launch campaigns urging parents to enroll “almost” 5-year-olds in kindergarten, even though they are considered too young under a bill passed unanimously by the Senate last week. Here’s how MichiganVotes.org described it:

2011 Senate Bill 315, introduced by Sen. Darwin Booher, R-Evart, to require children to be age 5 by Sept. 1 to attend kindergarten, rather than age 5 by Dec. 1 under current law. This earlier cut-off age would be phased in one month at a time over three years, starting in 2013.

A child who would have been eligible under the current requirements could still attend if the parents "opt in" by notifying the school by June 1. The phase-in was negotiated because school districts get money from the state for each kindergartner, whose numbers would be reduced during the transition period.

The tip-off is in that “opt in” provision — meaning parents could enroll their too-young kid anyway — combined with the context provided by MichiganVotes at the end, “school districts get money from the state for each kindergartner.”

The bill, now in the House Education Committee, was introduced because of a consensus that 4-year-olds who don’t turn 5 until Dec. 1 are too young to start kindergarten in September, and suffer as a result. But school districts don’t want to lose the money they get for these too-young kids, which is why the change will be phased in over three years, and why the “opt out” was negotiated for their benefit (by Sen. Mike Nofs, R-Battle Creek).

Incidentally, nothing prohibits school districts from enrolling even younger children, but they only get money from the state for ones who the law deems to be old enough.

Thus the prediction: In pursuit of a few dollars more, some districts will mount self-serving campaigns to convince parents of 4-year-olds who would have been eligible under the old cut-off date — but not the new one — to enroll them anyway.