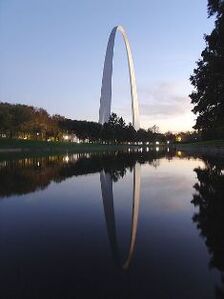 The Missouri state House voted Thursday to "nullify" Obamacare, making it illegal for federal or state officials to even attempt to enforce the law.

This is by far the most rigorous expression of resistance by any state legislative body to the Patient Protection and Affordable Care Act. The vote moves the bill to the Missouri Senate, where its prospects are not known at this time.

Missouri House Bill 1534 passed 108-44. According to the 10th Amendment Center, when the votes of members who were absent are added, the bill is likely to have sufficient votes in the House to override an expected veto by Democratic Gov. Jay Nixon.

Among other provisions the bill states, “The general assembly declares that (PPACA) … exceeds the power granted to Congress under the United States Constitution and therefore is not law, but is altogether void and of no force.”

Also, “Any official, agent, or employee of the United States government who undertakes any act within the borders of this state that enforces or attempts to enforce any aspect of the (PPACA) is guilty of a class A misdemeanor.”

Last fall, the Michigan state Senate voted 25-12 to implement Obamacare by creating a state “exchange,” with 13 Republicans joining all Democrats in favor. The Michigan House has not taken up the bill, but deeming an exchange created by the federal government as a worse alternative, it is likely to do so if the U.S. Supreme Court does not invalidate PPACA in June.

The Michigan Senate also passed a $10 million appropriation of federal money to create the exchange, but the House stripped the spending out of its version of this supplemental spending bill.

The Missouri vote took place on April 19, the 237th anniversary of the 1775 “shot heard round the world" starting the American Revolution at Lexington and Concord.