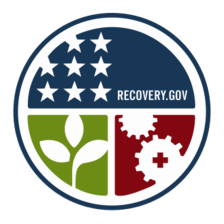 Keynesian economics — “stimulus” or deficit spending by the government to “prime the pump” of a slow economy — is one symptom of a central planning approach to growing an economy at the national level, vs. adopting policies that unfetter entreprenuerial free market capitalism. Any pretentions to its intellectual validity were demolished by the “stagflation” of the 1970s, when the theory’s prescriptions led not to prosperity but to something it predicted could not happen: high unemployment and high inflation. Remember the 1980 “misery index?” (Unemployment rate plus inflation.)

At the state level, every Michigan governor since the 1940s has embraced another form of the central planning approach called “industrial policy,” hoping to “diversify” and “expand” the state’s economy. Today’s version is incorrectly labeled “economic development” by politicians, and correctly called "corporate welfare" by most regular people. The political embrace has gone on despite the concept’s intellectual underpinnings being demolished by Friedrich Hayek in his 1945 book “The Road to Serfdom.”

The practice reached a bipartisan crescendo here under recent legislatures and former Gov. Jennifer Granholm, who together morphed discriminatory, selective business tax break programs into outright cash handouts, giving away hundreds of millions of dollars to corporations and developers selected by politicians and political appointees. Current Gov. Rick Snyder is scaling it back, but by no means has he abandoned the concept.

Michigan’s long slide from a wealthy state to a poor state, and the nation's troubles now and in the 1970s, show that deficit spending and the political allocation of capital are no substitutes for capital-friendly tax, regulatory and labor climates. Plus, the “winners and losers” programs don’t do what they promise: In 2009, Mackinac Center researchers found that every $1 million in selective tax credits granted to particular businesses in a county by the state’s “flagship” economic development program (the Michigan Economic Growth Authority) was associated with the loss of 95 manufacturing jobs in that county.

Countless similar examples over many decades reinforce the lesson that free-market capitalism consistently outperforms government economic central planning in terms of generating higher incomes, employment, and overall well being for the people of a state and nation.

So despite repeated demonstrations of the intellectual and real-world failure of these policies, why do politicians and most academic economists in elite universities continue to promote them?

Primarily it comes down to the pursuit of power by politicians and the ruling elite of which they are just one part. Central planning and deficit spending have never improved the well being of a people over time, but they are magnificent tools for advancing the interests of politicians and the ruling elite. This explains why today academics, crony capitalists on Wall Street (and in Lansing), much of the still-powerful mainstream media, and the political class are all chorusing for more central planning and “stimulus,” as if there were no other side to a debate with free-market capitalism.

The “evidence” they cite generally amounts to little more than garbage-in-garbage-out computer models based on the following assumptions: Taxpayers are sheep who won’t try to avoid being sheered; consumers are children with no thought towards tomorrow; and investors are either hostages or blindly oblivious to the incentives generated by political, tax, labor and regulatory climates.

On industrial policy the politicians and their allies usually have an easy sell, because to the general public “planning” sounds plausible: isn’t that how families and businesses navigate the reefs and shoals of making a living and paying the bills? The flaw in the formula is that while regular people use planning to pursue their own well being, and pay a price if they plan poorly, so also do politicians use the government versions to pursue their interests, but they pay no price for fad-chasing, imprudence and shortsightedness.

Worse yet, expecting the self-interest of politicians and their allies to correspond closely to what people prefer violates the good sense James Madison expected of Americans when he promoted a government of, by and for men who are not angels. And touching base with Hayek again, even if the politicians’ and people’s interests did correspond perfectly, the central planners still could never outperform markets, because they can never bring together enough of the “dispersed knowledge” that makes market systems so nimble in a fast-changing world.

Nevertheless, even as these policies fail over and over, the ruling elite never stops trying to enact more of them. Witness indications of new rounds of fiscal and monetary “stimulus” including a federal "infrastructure bank," not to mention endless new “green economy” corporate subsidies, favors, mandates and prohibitions.

A better way to advance the people’s interest and restore prosperity would be for federal, state and local governments to just get out of the way: Cut taxes, cut spending, cut regulations, cut corporate welfare, scrap “too big to fail,” and let the “animal spirits” of unfettered capitalism generate a new 25-year wave of prosperity, like the one that began when those policies took hold nationally in 1983.

They Never Stop Trying, Part II: Here’s another forlorn effort, a central planning scheme promoted this week in the Huffington Post by an academic asking for yet one more “reconsideration” of industrial policy. He even provides a nifty chart showing how a proposed “Technology Based Planning System” administered by “United States Technology Strategy Board” would solve this country’s international competitiveness challenges.