Imagine if the Legislature imposed a windmill and solar energy mandate on electric utilities that required many more workers to produce the same amount of power and also increased your annual electric bills by around $100. (Actually, it already did — see 2007 Senate Bill 213; House vote here, and Senate vote here.) 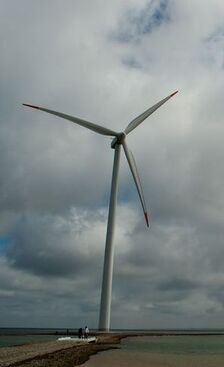 Note that under the mandate, the amount of goods and services produced by the overall economy hasn’t changed at all — costlier power doesn’t put any additional products on the shelves, restaurants on Main Street, janitors in the schools or smartphone minutes in your account. The only thing that’s changed is that you have $100 less to purchase those goods and services, whose prices may also have gone up because of higher electricity costs.

Are you better off? Clearly not. Is anyone better off? Someone might answer that those extra workers employed by utilities are better off. But wouldn’t they be just as well served by different jobs that actually increased the overall amount of goods and services produced by the economy, rather than just raising the cost of a critical input needed to produce all goods and services?

The answer is yes, and so the “green jobs” myth. Paying more to get the same thing does not improve the well-being of families, businesses, the economy or the nation. (Yes, the nation: Michigan utilities all use domestic coal, gas or nuclear energy — not imported oil — and we have enough of the first two to last the rest of this century.)