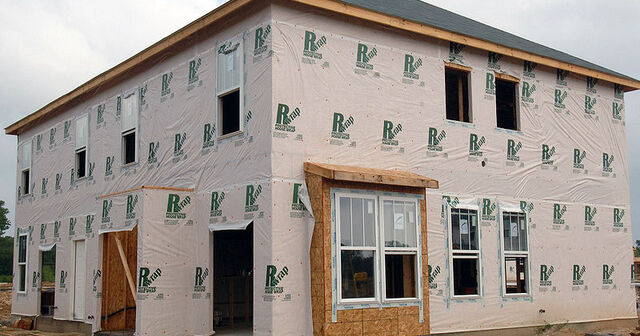 From the mid-1990s to early 2000s, pundits blamed “urban sprawl” for soaring infrastructure costs, environmental degradation, increased CO2 emissions, shrinking farmland and even obesity. Today, in Michigan and across the country, this issue has largely disappeared. Strangely, this disappearance is attributable to the government, albeit more by accident than by design. If sprawl is to remain in the rearview mirror, politicians must address their own contributions to its rise.

In the 1990s, the number of people moving out of cities and inner-ring suburbs into surrounding areas increased, turning more Michigan farms and open spaces into housing developments and suburbs. In 1994, Gov. John Engler’s task force on sprawl reported that farmland was disappearing at the rate of 10 acres an hour.

The apprehension over sprawl in Michigan and around the country led to many hypotheses about its cause: rising personal wealth, more people owning cars, and a general desire to live in less crowded, lower-tax areas. According to this telling, owning a house and raising a family on a nice piece of property — in essence, pursuing the American Dream — was responsible for threatening our land.

As urban sprawl garnered attention, pressure mounted on politicians to do something about it, and Michigan policymakers formulated plans to arrest the pace of development. At the state level, Public Act 116 was amended, providing tax credits to farmers who agreed not to convert their farms into housing developments. Several local municipalities passed programs allowing government to purchase property development rights, thus restricting future building in some areas. The costs of these programs were justified on the basis of protecting valuable natural resources from overeager consumers.

In 2006, however, the real estate bubble began to deflate, and by the end of 2008, housing prices were devastated. Foreclosures soared, and many Americans shuttered their homes. As the causes of the housing bubble began to emerge, it became apparent that government was at least partly to blame for sprawl. The Department of Housing and Urban Development had used Fannie Mae and Freddie Mac to extend riskier mortgages to many Americans. By bundling these mortgages into mortgage-backed securities and backing them with implicit taxpayer guarantees, the government had subsidized homeownership.

The extent to which mortgage subsidization caused sprawl is open to debate. Other factors, such as urban zoning policies, rising wealth and market forces likely played a significant role. Still, government’s response to its market distortions over the last decade was to increase its market involvement through land preservation programs, rather than reforming mortgage or zoning policies.

Interestingly, less-regulated housing markets, such as Houston, Texas, appear to have weathered the housing crisis better than cities with more zoning rules. Houston housing prices neither rose drastically during the housing boom nor declined precipitously during the bust phase. Less government involvement from the beginning may give cities the best chance to avoid dramatic changes in the housing sector.

By contrast, Michiganders find themselves stuck with numerous government policies that distort land and real estate markets, even though the state’s population and house-building have plummeted and sprawl has slowed. When sprawl was prevalent, government was subsidizing it with one hand while trying to stymie it with the other. Today, absent the pressures of sprawl, farmers are still able to enjoy tax credits and government compensation in Michigan.

Now that the hysteria over sprawl has subsided, government should reduce its influence by ending mortgage subsidization and deregulating city planning. Instead of attempting to alleviate sprawl with more government, politicians should see what happens with less.

C. Jarrett Dieterle is a 2010 graduate of the University of Richmond and a summer intern with the communications team at the Mackinac Center for Public Policy, a research and educational institute headquartered in Midland, Mich. Permission to reprint in whole or in part is hereby granted, provided that the author and the Center are properly cited.