(Editor's note: This article contains a correction to the version originally published. The decline in private-sector employees' compensation is now correctly stated as 5.1 percent.)

Spokespersons for Michigan government employee unions contend that they have given up hundreds of millions of dollars in wages and benefit concessions over the past few years. The claims are in dispute, and data from the U.S. Bureau of Economic Analysis offers some support for those challenging them. It shows that since 2000, government employee compensation in Michigan has increased 11.4 percent, while private sector employees are getting 5.1 percent less. 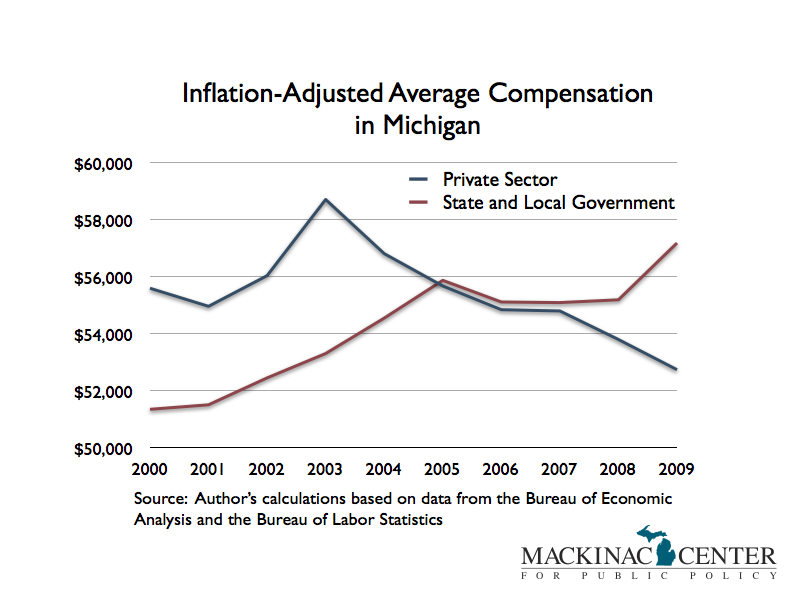 The trend continued in 2009. Average compensation per employee — which includes the value of benefits — was down 2.0 percent for private sector employees but increased 3.6 percent for Michigan's state and local government employees.