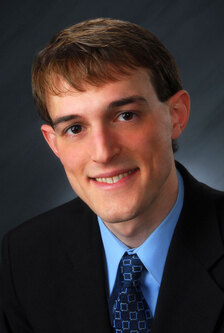 Last November, I was one of hundreds of prospective teachers to take the Michigan Test for Teacher Certification — the basic skills test as well as content tests in political science and history, my certification areas. These tests gave me the clearest evidence I have seen so far that the way Michigan licenses its public school teachers is dysfunctional and counterproductive.

According to Pearson Education, the company that creates and implements the tests, the MTTCs are intended to "ensure that each certified teacher has the necessary basic skills and content knowledge to serve in Michigan schools." They are "designed to help identify those candidates who have the level of knowledge required to perform satisfactorily as entry-level teachers in their fields of specialization."

Put differently: Does the fact that a candidate pays for and eventually passes the MTTCs, as required by Michigan's lengthy and costly teacher certification regime, provide any unique, useful information to future employers or other stakeholders in the education system?

Passing the MTTC tells employers nothing about a prospective teacher's academic ability or pedagogical competence relative to others in the job market. Unlike such tests as the SAT, ACT, Graduate Record Examination (GRE) or Graduate Management Admission Test (GMAT), the teacher certification tests are "criterion-referenced" rather than "norm-referenced." That is, they are "designed to measure a candidate's knowledge and skills in relation to an established standard ... rather than in relation to the performance of other candidates," as Pearson puts it.

And how high is the standard that Michigan's future teachers are expected to meet? The clear answer is: not very high.

Between 2005 and 2008, 86 percent of candidates who took an MTTC test passed it on their first try. Those who fail on their first try are free to take it again and again without limit or penalty until they pass.

Criterion-referenced tests are supposed to perform a screening function by setting a minimum standard of competence. Since school districts in Michigan are limited to hiring only people who have passed the MTTC tests and become certified by the state, rather than whomever the districts believe is the best person for the available teaching position, the certification tests should be held to rigorous standards.

But the high pass rates clearly show that the MTTCs screen out few if any prospective teachers.

For comparison purposes, the criterion-referenced tests of the Chartered Financial Analyst (CFA) program and the Certified Public Accountant (CPA) program regularly have pass rates of less than 50 percent, making these certifications relevant and meaningful to prospective employers and clients.

Not only are the MTTCs appallingly easy, they are also poorly designed. Most well-designed, rigorous multiple-choice tests list five potential responses for each question; the MTTCs list four. When I took the content-area tests in political science and history, I was shocked to discover that roughly a quarter of the questions were identical or nearly identical, with the answers slightly changed or reorganized.

Older versions of these tests should be made publicly available so that lawmakers and other observers, including Michigan taxpayers, can evaluate their quality.

Even test-takers themselves gain little information of any value from their test results. For each section and subsection of a test, candidates are scored with a  "++++," "+++," "++," or "+", indicating whether they answered "most," "many," "some," or "few" of the questions correctly and whether their performance was "strong," "satisfactory," "limited" or lacking.

Pearson explains: "To preclude the use of MTTC scores for purposes other than credentialing (e.g., employment, assignment), numerical scores of passing MTTC candidates are not reported."

Michigan's certification process keeps career-changing doctors, lawyers, business leaders and college professors — regardless of their experience and qualifications — out of teaching positions in K-12 schools unless they are willing to sit through the requisite courses and jump through the bureaucratic hoops.

Michigan recently passed a new alternative certification law — House Bill 5596 — but the "alternative" routes to teaching will retain most of the same features as the traditional route. For instance, the new law requires that alternative certification programs force would-be teachers to take the MTTCs and sit through a teacher training program that is "the equivalent of at least 12 college credit hours."

In short, the alternative certification law will not fundamentally change a structure that keeps highly-qualified potential teachers out of the labor pool.

The MTTC tests are part of the structural problem. They create a significant cost for prospective teachers and for the state without providing any meaningful return. They neither create a serious screening process nor provide valuable information about candidates to administrators or other education stakeholders.

It is time for the Michigan Department of Education to dump the MTTCs.  The best policy would be to abandon mandatory teacher testing altogether and allow local administrators to evaluate and hire applicants according to holistic, locally-designed criteria. Then the administrators should be held accountable for the student outcomes that result from their hiring decisions.

If the state insists on testing prospective teachers and wants to make that testing meaningful, it should require that candidates take the norm-referenced Graduate Record Examination.

The GRE — which is designed to inform the admissions committees of graduate schools of how well applicants stack up against each other — includes a verbal section, a mathematics section, and a writing section, just like the MTTC Basic Skills Test. But unlike the Basic Skills Test, the GRE is challenging, rigorous and well-designed, and it may actually provide useful information to the state, to schools, and to parents about the prospective teachers seeking jobs in Michigan's public schools.

Ryan McCarl is a writer, preservice teacher, and graduate student at the University of Michigan School of Education.  He blogs about education at www.wideawakeminds.com