EFCA is a dumb idea. And it ain't gonna happen anyway.

One can’t help but wonder why they do it. Every couple of weeks, The Detroit News will run some tedious recitation of organized labor’s talking points on its Op-Ed page. The article will be completely predictable: It will not diverge from standard union rhetoric in the slightest, nor will it contain any new information. It will say the most outrageous things, but the outrages will be old outrages that we’ve heard a dozen times before. It will not really address anything pressing. It will read like something from a mediocre union newsletter. In short, it will be a waste of space.

Last Thursday, they changed things up ever so slightly. Instead of the usual union muckety-muck author, they found a university professor, Gregory Saltzman of Albion, but the material is pretty standard union rah-rah stuff. And since the good professor managed to get his union rah-rah stuff published in what is still a widely read newspaper, we are obligated to respond. So here goes, and forgive me if this sounds familiar.

Saltzman’s topic is the Employee Free Choice Act, and in particular, its rule that when a newly formed union cannot get a first contract, it can call for an arbitrator to come in and impose one. Saltzman says: “EFCA makes first-contract arbitration a last resort. The parties must bargain for at least 90 days.” One hopes he was giggling when he wrote this, because it is patently absurd to think that 90 days is a particularly long time for a union and an employer to negotiate, especially on an entirely new contract. Binding arbitration isn’t a last resort in EFCA: It’s the specialty of the house.

Saltzman then points to the “[m]any states” — including Michigan — that use binding arbitration to resolve collective bargaining disputes, and also to the example of Major League Baseball. Yup, those are two great models of successful operations with healthy labor relations and reasonable wage structures. (Really, $8 million for a left fielder?) Every company in America needs to be more like Michigan, or Major League Baseball.

EFCA, he concludes, will “turn a formal right into a real right,” so that collective bargaining will consistently result in the creation of a contract. But the good professor confuses rights and desires. “Good faith” in bargaining means honesty and fair dealing, not unlimited flexibility, and neither employers nor unions have ever been required to make concessions. Collective bargaining is a legal right; an agreement is not.

Let’s put it this way: I could write Jennifer Aniston a very sweet marriage proposal, and she could be very sweet about turning it down. We could both be very nice and act totally in good faith, but that’s a deal that’s probably just not going to happen. Good faith does not equal contract. 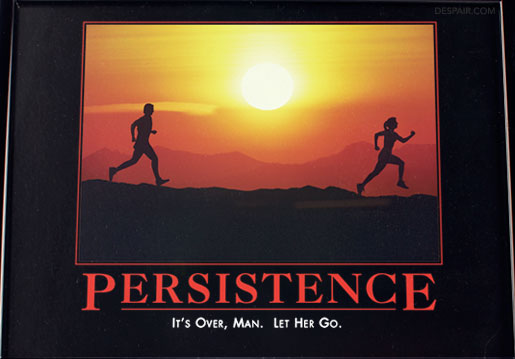 But all of this is irrelevant. EFCA has never had much in the way of public support, and it’s now stuck in the legislative pipes behind the health care fiasco — just another bill that could cost its partisan supporters their majority. Ordinarily, persistence is a virtue, but not when it crosses over into being delusional. Like me and Ms. Aniston, EFCA just isn’t going to happen. Isn’t it about time for the unions and their supporters to give it up?