Rep. Alma Wheeler Smith, D-Salem, has proposed imposing a graduated income tax on Michigan residents and also extending the sales tax to services. She expects these hikes to extract an additional $6.5 billion a year from families and businesses here.

Rep. Smith and others seeking tax hikes (on both sides of the aisle) often claim that because of changes in the state's economy, Michigan's tax system extracts fewer dollars per unit of economic activity than it did in an earlier era.

They are mistaken. Indeed, in its ability to suck revenue from a given level of (declining) economic activity, Michigan's tax system has outperformed 31 other states over the past year, despite being affixed to the nation's worst economy. This fact contradicts the claims of would-be tax raisers that our system is "broken" and needs to be "modernized."

The evidence supporting that conclusion is complicated by the fact that Michigan has suffered the worst economy not just in the past year, but through most of this decade. It's hard to compare tax revenues in a state that didn't share in the post-2001 economic expansion to all the others that did: 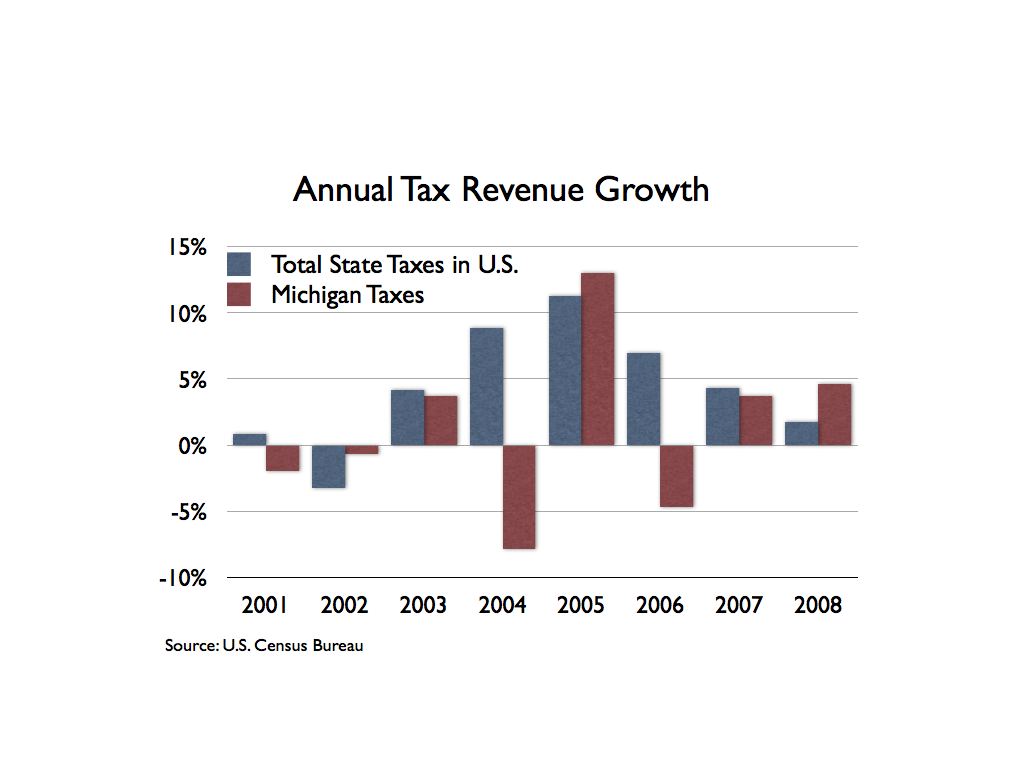 Of course, the "unit of economic activity" people care about most is growth or decline in the number of jobs. Here's Michigan's dismal record: 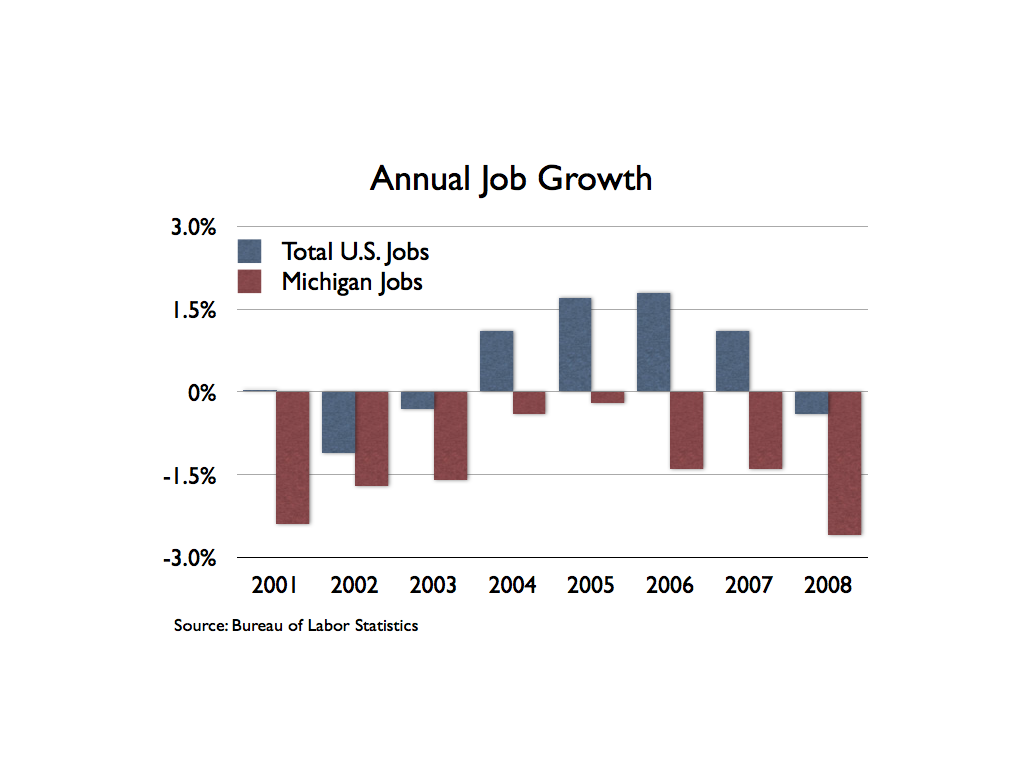 In fact, the real problem in Michigan is that the private economy - the people who fundamentally have to perform in order to generate more sales, income and business taxes - shrank. While Michigan's tax revenue growth of 12 percent since 2001 is below the national average of 39 percent, tax revenue here per unit of economic activity has more or less tracked the national average. But interestingly enough, it's displayed much different trends. 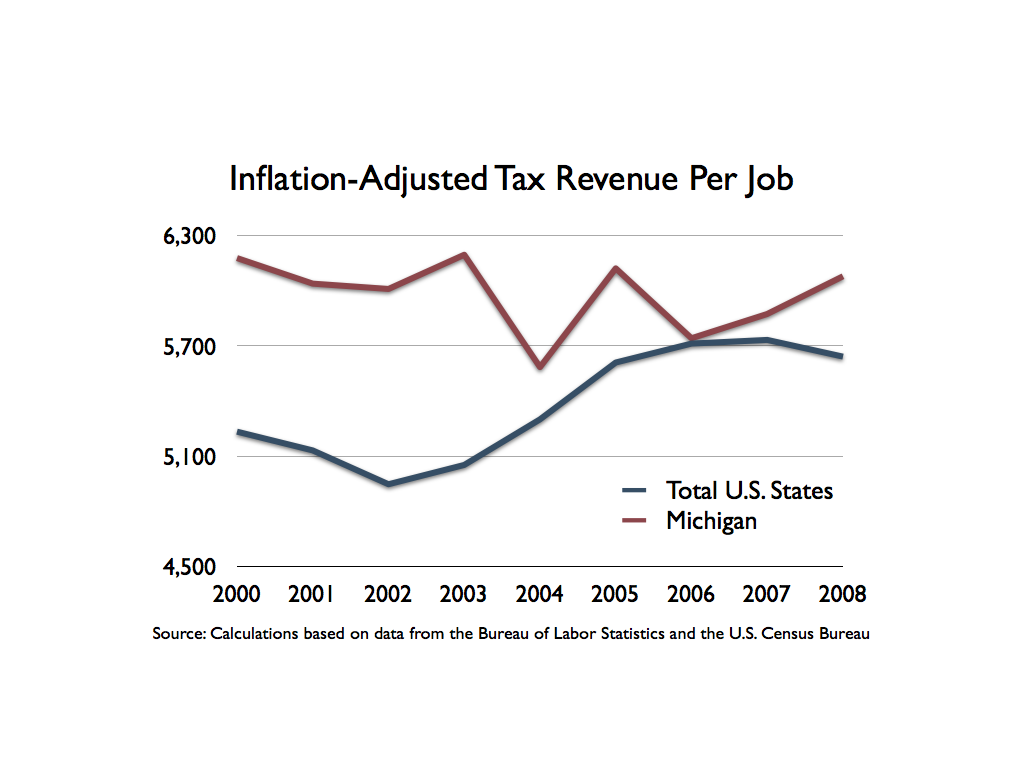 Michigan's average tax revenue per job has been higher than the U.S. average and has been increasing while the national average shrinks.

Here's the bottom line: Michigan's tax system is extracting more revenue from the state's shrinking economy than is typical. If legislators would like to make those dollars go further, there are plenty of ways to save money in the state budget.