The Legacy of Rose Friedman: Champion of Liberty 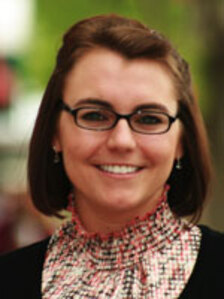 Of the many stellar champions of liberty on my reading list, Rose D. Friedman wasn't one of them. As a recent college graduate, I thought I had covered the basics: Ludwig von Mises, F.A. Hayek, Thomas Sowell, Hernando de Soto and others. Many of us probably don't realize how much we owe to one of liberty's greatest champions — Rose Director Friedman.

According to her biography on the Friedman Foundation Web site, Mrs. Friedman co-authored two books with her husband, Milton Friedman: "Free to Choose" in 1980 and "Tyranny of the Status Quo" in 1984. She was also instrumental in the completion of Milton Friedman's highest regarded work, 1962's "Capitalism and Freedom," which contributed to his winning the Nobel Prize in Economics in 1976. Mrs. Friedman completed the requirements for a doctorate in economics at the University of Chicago with the exception of a thesis, and worked for a number of Washington, D.C.-based economic bureaus. In 1965, she published a pamphlet through the American Enterprise Institute titled "Poverty — Definition and Perspective." Between May 1976 and August 1977, Mrs. Friedman authored a 12-part series of articles ("Milton Friedman — Husband and Colleague") that was published in the Oriental Economist as both a tribute to her husband and a celebration of their collaborative work. In 1996, the Milton and Rose D. Friedman Foundation for Educational Choice was established in Indianapolis to promote school choice in America. The couple then published their memoirs, "Two Lucky People," in 1998.

Milton Friedman died at age 94 in November 2006, leaving behind a legacy of contributions to economic thought and a wife who spent the last three years promoting their joint message of freedom. Mrs. Friedman remained a member of the International Selection Committee for the Cato Institute's Milton Friedman Prize for Advancing Liberty, awarding and encouraging individuals who have "made a significant contribution to advance human freedom."

Although it is unlikely that words can express how instrumental Milton and Rose Friedman were in providing us all with the tools we need to fight for liberty on a daily basis, their joint contribution to the world is best summarized by their own words in the following excerpt from their memoirs:

"Our central theme in public advocacy has been the promotion of human freedom ... it underlies our opposition to rent control and general wage and price controls, our support for educational choice, privatizing radio and television channels, an all-volunteer army, limitation of government spending, legalization of drugs, privatizing Social Security, free trade, and the deregulation of industry and private life to the fullest extent possible."

The Mackinac Center promotes much the same message here in Michigan. Center publications on education promote school choice for Michigan parents and students. The Michigan Privatization Report and Privatization Digest focus on the benefits that privatization can bring to the state of Michigan, and the Center's Morey Fiscal Policy Initiative promotes sound fiscal policy at the state level by providing Michigan voters and policymakers with the necessary tools to accurately evaluate the current unemployment and fiscal crisis.

All of this work is due, in large part, to the work of Rose D. Friedman and her husband, whose contributions to economics and public policy give organizations like the Mackinac Center and its sister think tanks around the country resources with which to promote limited government and greater liberty for all. We owe a great deal to these champions of liberty.

Claire Forman is research analyst to the president at the Mackinac Center for Public Policy, a research and educational institute headquartered in Midland, Mich. Permission to reprint in whole or in part is hereby granted, provided that the Center and the author are properly cited.