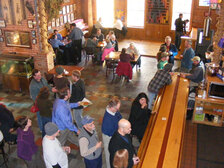 The state is awarding tax credits to Kid Rock beer. The Michigan Economic Development Corporation in February awarded a tax incentive package to the Michigan Brewing Company for a new line of beers branded for the rock star. Apart from incentivizing a line that has strange implications — should the state really be supporting a successful rock star's beer? — the state's policy of discretionary tax incentives is bad for competition and a bad deal for the state.

When the state makes the tax rules less burdensome for the Michigan Brewing Company, it gives the company an edge over its competition. In this case, Michigan has a number of craft beer makers that have not received assistance from this program, the oldest and largest being Bell's Brewery of Kalamazoo and Galesburg. 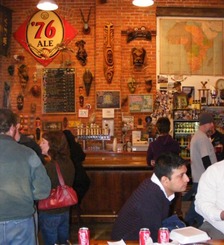 Bell's Brewery, Inc. became the first Michigan brewery to serve beer by the glass to the public.

Bell's Brewery was formed in 1983 as the Kalamazoo Brewing Company. Larry Bell, its founder, started making beer in a 15-gallon soup kettle. The company grew and today includes a 60,000-square-foot production facility and a café in downtown Kalamazoo. It offers around 20 different beers, produces more than 100,000 barrels a year and sells its product in 15 states.

The beer business in Michigan is already taxed and regulated more than a typical industry. The state levies an additional $6.30 tax per barrel of beer on top of Michigan Business Tax and sales tax liabilities. Operating requires compliance with an 81-page liquor control code plus rules and regulations from the Liquor Control Commission and the federal Alcohol and Tobacco Tax and Trade Bureau. While these regulations may be counter to economic growth, they apply to everyone equally, which at least allows competition to decide who succeeds.

These credits are not without cost to the state, even if the numbers may appear to work out. The MEDC claims the state will receive more tax money from the company above the credit amount. The state doesn't consider that although the economies grow and competition doesn't always mean carving up a fixed market, expansion somewhere can lead to a contraction elsewhere. When MBC sells more beer, Bell's may sell less. The gains in revenue from the one activity costs the competitors, and the state coffers in turn. But these losses do not factor in to state calculations or press releases.

Even with the problems they create for the competitive environment and even if they are expensive to most taxpayers, some may argue that tax incentives would still be a good idea for the state if they helped foster broad economic development. But that's not the case. Center scholars performed a comprehensive study of the credit program that MBC is receiving and found it did not create Michigan jobs.

MBC should not be blamed for taking advantage of programs and incentives already available. And the tax incentive may only cover money that's rightfully the owners' to begin with. But having different rules for different companies that do the same thing creates an uneven playing field. The things that should go into success at breweries — taste, quality control, marketing — are what adds value to beer drinkers. Beer companies should not be successful because they are able to take advantage of the state's favoritism.

James M. Hohman is a fiscal policy research assistant at the Mackinac Center for Public Policy, a research and educational institute headquartered in Midland, Mich. Permission to reprint in whole or in part is hereby granted, provided that the author and the Center are properly cited.