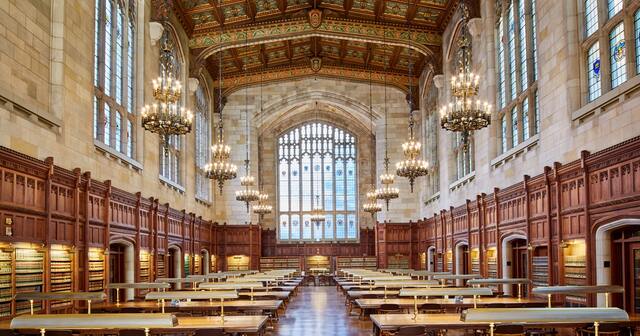 Tuition is up, students are down, administrators make more, and manage more buildings

Gov. Whitmer wants more college graduates in Michigan. It’s not clear how she wants to accomplish this, outside of a new scholarship. There’s one thing that clearly doesn’t work, however: blanketing state universities with more taxpayer spending.

There’s something broken in university finances, and more taxpayer dollars would only cover the problems instead of addressing them. State universities are already getting more money from taxpayers. They are budgeted to get $1.5 billion in the current fiscal year, 22 percent more than they did in 2012.

The extra money isn’t producing more university students for the state. There are now 13,600 fewer full-year equivalent students at public universities, a 6 percent decline since 2012. And the extra taxpayer aid hasn’t kept tuition down; average undergraduate tuition has increased by $3,100 since 2012, a 30 percent increase.

Some of the money goes to higher academic costs, as you’d expect. Instructional and research costs are up 18 percent. Administrative costs increased even more, though. Spending on academic and institutional support, as well as student services, is up over 22 percent. So that accounts for a portion of tuition hikes but not the whole of it.

Universities also cost more because they’re larger. They took on the costs of maintaining another 8.3 million square feet of buildings over the past seven years, a 7 percent increase. That’s larger than the size of the Amazon HQ2 project.

Some of the cost increases can make sense for universities if the spending makes it more likely that students keep paying tuition and don’t drop out. And more facilities, for example, might be needed to attract students.

All of these trends add up to higher tuition. And they go back decades. State university tuition is up fourfold, adjusting for inflation, from 1975-1976 levels.

Giving universities more tax money won’t result in lower costs to students unless something is done to bend the cost curve. Right now, it just hasn’t made sense to universities to care. They compete for students over things other than costs — university life, amenities and perhaps even the administrative support that universities are keen to provide.

The perennial cost increase is a problem because getting more college graduates shouldn’t even be a state goal. State economic growth is unconnected with its supply of college graduates. Any particular student may see benefits from a college credential, but it doesn’t follow that the state becomes better off. It could be that college generally doesn’t make students more productive, but rather is an expensive signal for how employable they are, as economist Bryan Caplan argues.

The signal is valuable to each particular student, which explains why so many people are interested in paying the price to obtain one. But it’s not valuable for the state as a whole. The perennial cost hikes just waste money that can be better spent elsewhere.

So giving universities more taxpayer dollars won’t do much. It shifts the responsibility for paying the cost of universities between taxpayers and students, but doesn’t do much to stop the growing costs. It’s an expensive proposition to put more people through college at higher and higher costs.

Without a change in the way that universities do business, throwing more money at them won’t help the state.