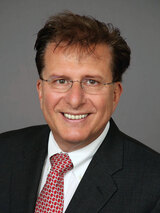 Virgadamo@mackinac.org
Steven Virgadamo has been a long-time leader and an advocate of school choice legislation. He has said that: “a parent’s right to choose an education for their child is an issue of social justice and one of the most important civil rights issues of our time.”
During his career, he served as an Associate Director at the University of Notre Dame’s Alliance for Catholic Education program, Associate Superintendent in the Archdiocese of New York, Chief Executive Officer of the Foundation for Advancement of Catholic Schools, Vice President of Advancement for the America’s of a global religious congregation, and Vice President of Catholic School Management, Inc.
Through education management, reform and organizational development, Steve has raised record levels of philanthropic dollars to help fund quality educational alternatives to children living at or below the poverty line. He has traveled throughout the United States and internationally to mentor and counsel school and religious leaders. His domestic and international reputation led to his being appointed a delegate for the World Congress on Catholic Education sponsored by the Vatican Congregation of Catholic Education.
In 2018, the National Catholic Education Association presented Steve with the President’s award and named him one of the most influential leaders in the past 25 years of Catholic education.
Steve taught graduate level Leadership and Advancement classes at the University of Dayton, Boston College, Anahuac University and the Pontifical Athenaeum Regina Apostolorum.
He has the distinct and rare honor of receiving a Congressional appointment to each of the United States Service Academies. During his early years, he focused on developing leadership skills and to this day often employs many of the motivational and leadership lessons he learned as a young man. Steven is the son of Italian immigrants and committed to family. His faith, patriotism and commitment to family are evident in his professional and personal life. His personal mantra is God, country and family.

We Asked. You Shared. We Listened.

Make a New Year’s Resolution to Plan for Possible Taxmageddon