When James Bermingham took over as superintendent of the Berrien Springs Public Schools in February 2006, he was concerned. The district seemed to be sinking fast.

Although enrollment hadn’t changed much since 2000, it was down 7 percent since 1997, when it had reached its 20-year high of about 1,900 students.[1] Costs were rising.[2] The district’s financial position was precarious. The general fund balance was just 6 percent in 2006; well below the recommended 15 to 20 percent.[3]

The district wasn’t quite a candidate for emergency management, but something had to change.

Today, Berrien Springs looks much different. Since Bermingham became superintendent, enrollment has grown by 45 percent and is at an all-time high, exceeding 2,400 for the 2011-2012 school year.[4]
Of the 550 school districts in the state, only one grew faster than Berrien Springs over this period.[5]

The student body has grown more racially diverse. The share of white students in the district has decreased, and the district now enrolls a larger share of Asian (6 percent), Hispanic (12 percent) and African-American (21 percent) students than the typical Michigan district.[6] An open “Schools-of-Choice” policy helped drive some of this growing diversity.[7] More than half of the district’s African-American students in the 2012-2013 school year were residents of a different district.

For Michigan public schools, more students means more money, and Berrien Springs has used this injection of cash to greatly improve its financial standing: Its general fund balance now surpasses the recommended level, and at the end of 2010 stood at 21 percent. A large part of the district’s success is due to its ability to use digital learning to expand learning opportunities to more students and become “a district of choice” by being “a district of choices.” 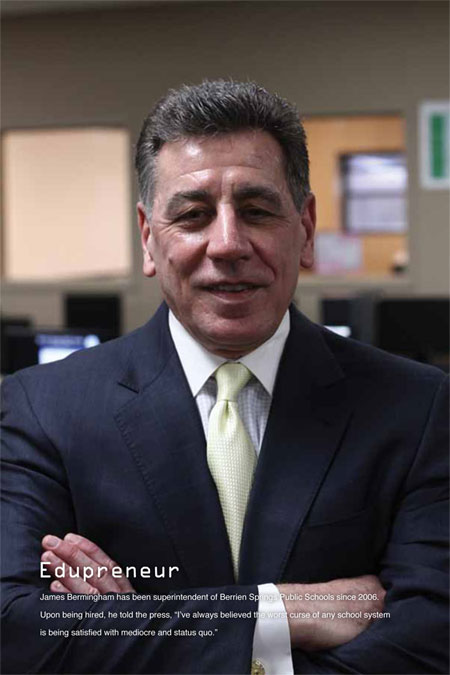 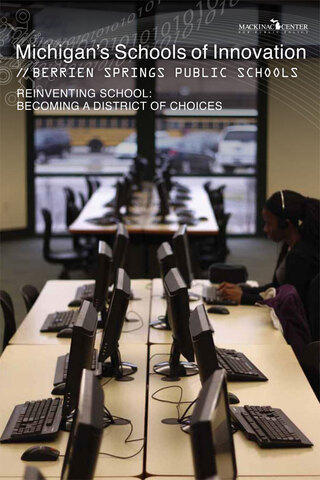